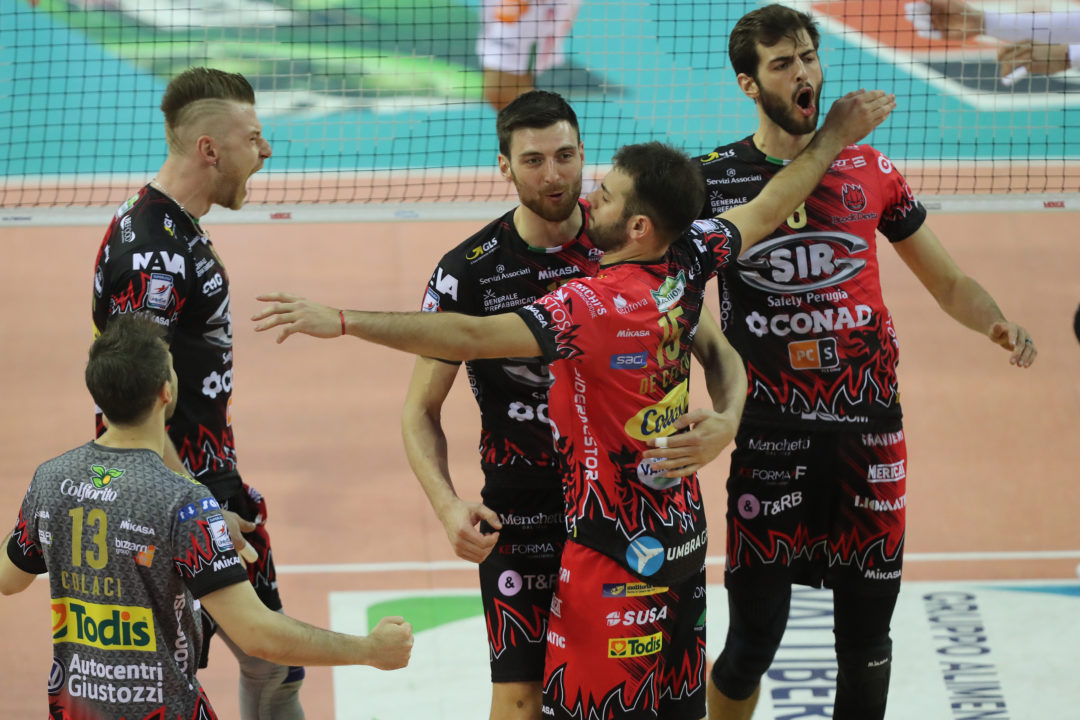 The biggest question heading into this game was which Perugia team we were going to see. Were we getting the squad that won the Italian Cup and has crushed every opponent they have faced in the Champions League? Or were we getting the team that lost to Bunge Ravenna in the playoffs and needed 5 games to take out the weakest Trentino squad we’ve seen in recent memory? Aleksander Atanasijevic and Simone Anzani made sure the first scenario’s team is showing up for the finals. Anzani had 4 momentum-killing blocks and scored on 6 of 8 attacks to help Perugia outscore Lube 97-87 in a 3-1 victory.

Perugia has now won 6 of the 7 of the matchups with Lube, so their victory shouldn’t be too surprising. They are a team that doesn’t let any free ball go to waste, with Luciano de Cecco keeping their offense almost unbeatable when they are in system. Perugia hit 55% as a team and only made 11 attacking errors in all 4 sets combined, 9 less than Lube. This is the kind of performance that Perugia needs to continue if they have any intention of beating Zenit Kazan at the Champions League Final 4 happening in May.

Despite some solid serving and passing, Lube was not able to score nearly as effectively as Perugia. Osmany Juantorena was their best performer, passing dimes despite being targeted 30 times and scoring on 17 of 26 attack attempts. American Taylor Sander has been on fire recently but was not able to bring it this game, only converting on 28% of his attacks. Enrico Cester and Davide Candellaro were a step slow and had no kill blocks in this game, a bad sign for middles that are usually difference makers. Lube will need every player to contribute if they want to make this a competitive series.

Game 2 of the series is taking place at the Eurosoule Forum in Civitanova Marche on Wednesday, April 25th at 1:30 pm ET on RaiSport.