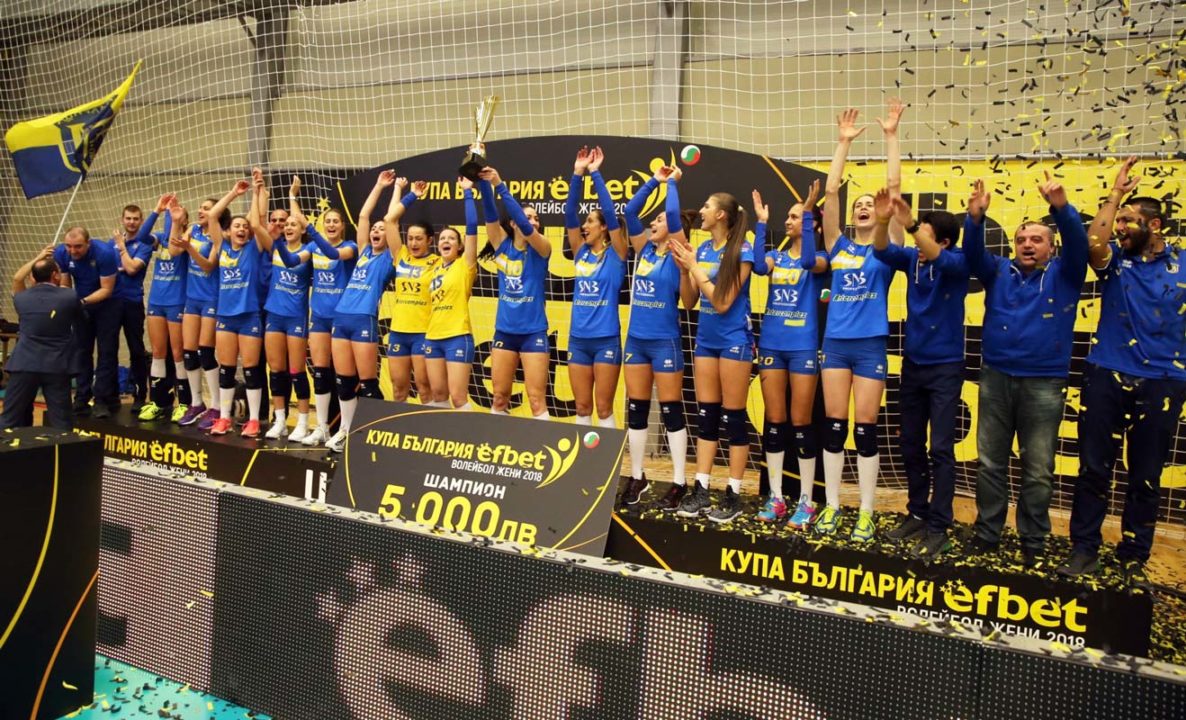 Maritza had to battle it out against Levski Sofia in a come from behind victory Current Photo via Courtesy of volleymaritza.bg

Plovid Maritza is having quite the season. After gifting fans with a very emotional CEV Champions League classification berth, it has won the Bulgarian Cup for the fourth time in its history. It triumphed against traditional club Levksi Sofia in a come from behind 3-1 battle (23:25, 25:16, 26:24, 25:20).

Maritza came out of the gates slow, and by the time the team woke up, Sofia was already to far out in front, 22-17, for it to catch up. In the second set, Maritza corrected its mistakes and came out strong, storming to a 25-16 win. The third set was the most contested one between both teams, but Maritza was able to come out on top thanks to Desislava Nikolova’s clutch performance, as she had 8 points in the set. It was a downhill battle then, on the fourth set to close out the deal, as Sofia was already too tired to compete. Nikolova led the way for Maritza with 19 points, including 4 aces, while Sofia’s Monika Krasteva had 23 points in the losing effort.

Here is the last point of the match, and the crowd and players’ celebration:

Maritza now is gearing up for its next CEV Champions League match in January 11 against Serbia’s Vizura Ruma.