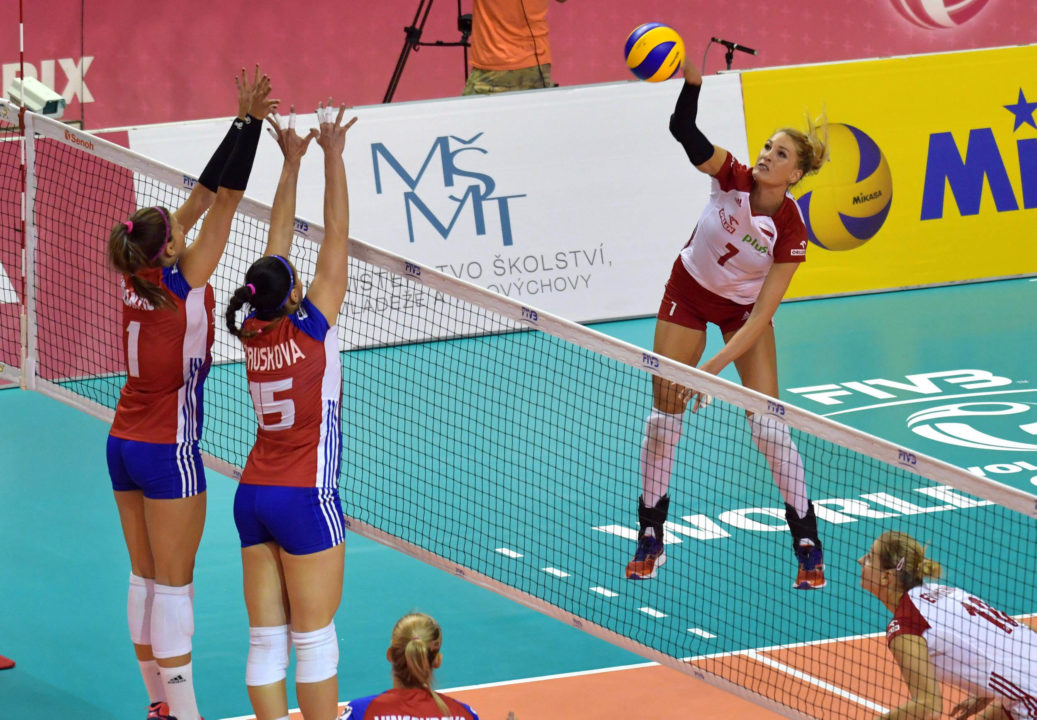 Chemik Police has just announced in its official website the signing of hitter Berenika Tomsia, who transfered to the team on a medical waiver to replace recently injured Katarzyna Krol. Tomsia was signed to Italy’s Lardini Filottrano, but since her squad didn’t qualify for the playoffs in Italy, she opted out of her contract to play in Poland’s post-season. The 30-year-old, who has played both as a middle blocker and opposite hitter in her career, and once had her spike height measured at almost 11 feet, is a very experienced player, having played in most of the top tier leagues around the world, and is wildly considered one of the best players in Poland.

Among many of Tomsia’s accolades, she holds the distinction of being the youngest player to ever play for Polish’s senior national team, at only 15 years of age, during a friendly match against Italy in 2003. She was also the 2015-16 Italian League Co-MVP, with Samantha Fabris.

Here is how the team’s president, Pawel Frankowski, reacted to the signing:

“The fight for the Polish championship is waiting for us. Kasia is not able to help us, and we need a volleyball player playing on the wing. We had to decide on a medical transfer, it was the most sensible step. Berenika Tomsia is one of the best Polish attackers. She spent the current season in Italy. Her team Lardini Filottrano did not qualify for the play-off phase, which is why there was the opportunity to join the Chemist and fight for the Polish championship.”

Chemik Police currently leads the Polish League with a 20-1 record.