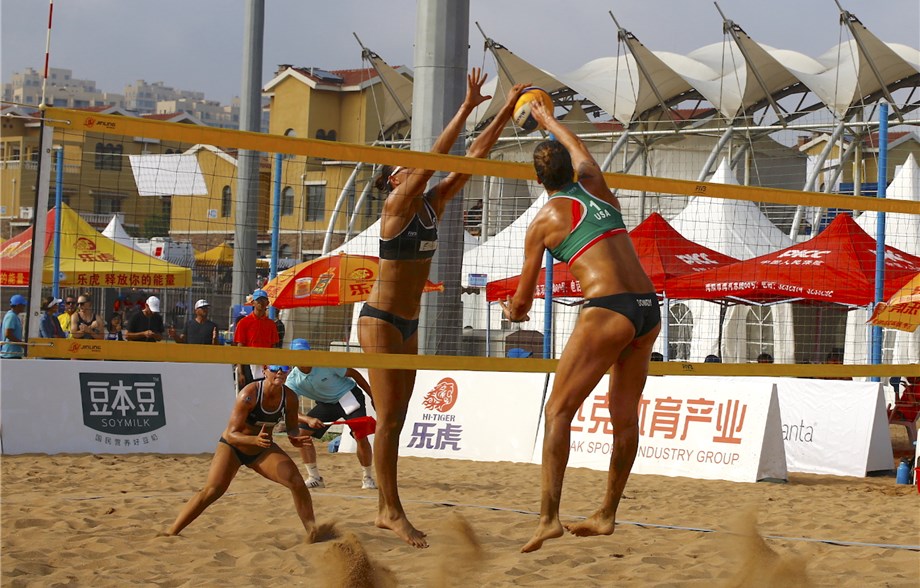 The tournament’s top three seeds each received a first round bye in pool play, but top seeded Wang Fan/Xia Xinyi of China faced a challenge after that, dropping their opening set to Israel’s Noy Chorin/Anita Deev 21-19, before pushing through 21-16, 15-9.

No. 2 seed Emily Stockman/Kelley Larson and No. 3 Emily Day/Betsi Flint each won in straight sets to move on in the main draw.

On the men’s side, the highest seeded pairing to win a pool title was No. 6 Bill Kolinske/Miles Evans from the United States, who registered a pair of straight set wins in Pool F.

Australia’s Christopher McHugh/Zachery Schubert, the No. 10 seed, are the only other Top 10 team to win their pool, doing so by outlasting countrymen Durant/Schumann in tiebreak (27-25, 13-21, 15-13).

Rounding out the pool winners were:

In addition to McHugh/Schubert, three others secured their spot in the next round with tiebreak victories: Mermer/Urlu, Nolvak/Tissaar and Seidl/Waller. All three dropped the opening sets of the title matches, before coming through for the victory.

Americans Adam Roberts/Troy Field and Casey Patterson/Stafford Slick each split their pool matches, winning in the opening round and falling to Mermer/Urlu and Nolvak/Tissar respectively in title matches. 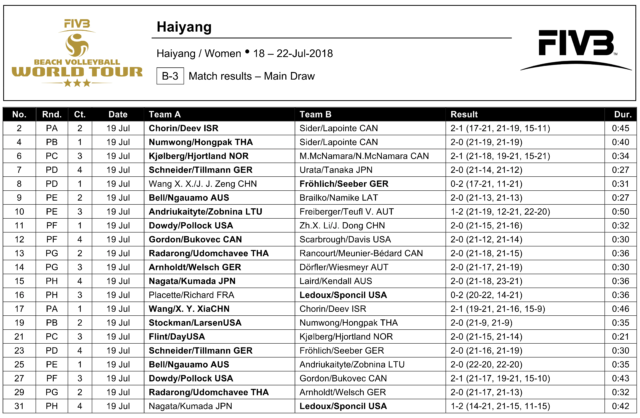 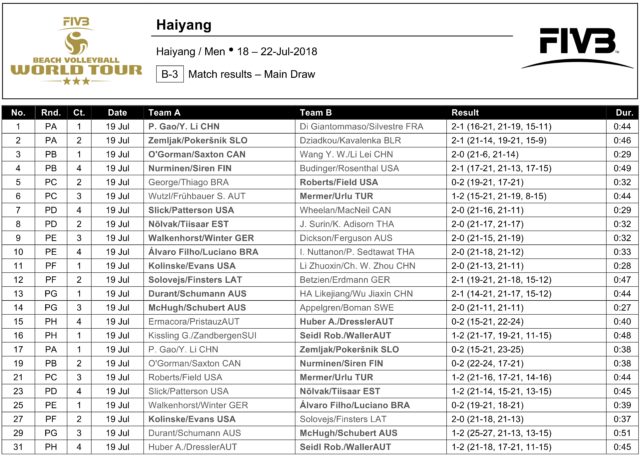