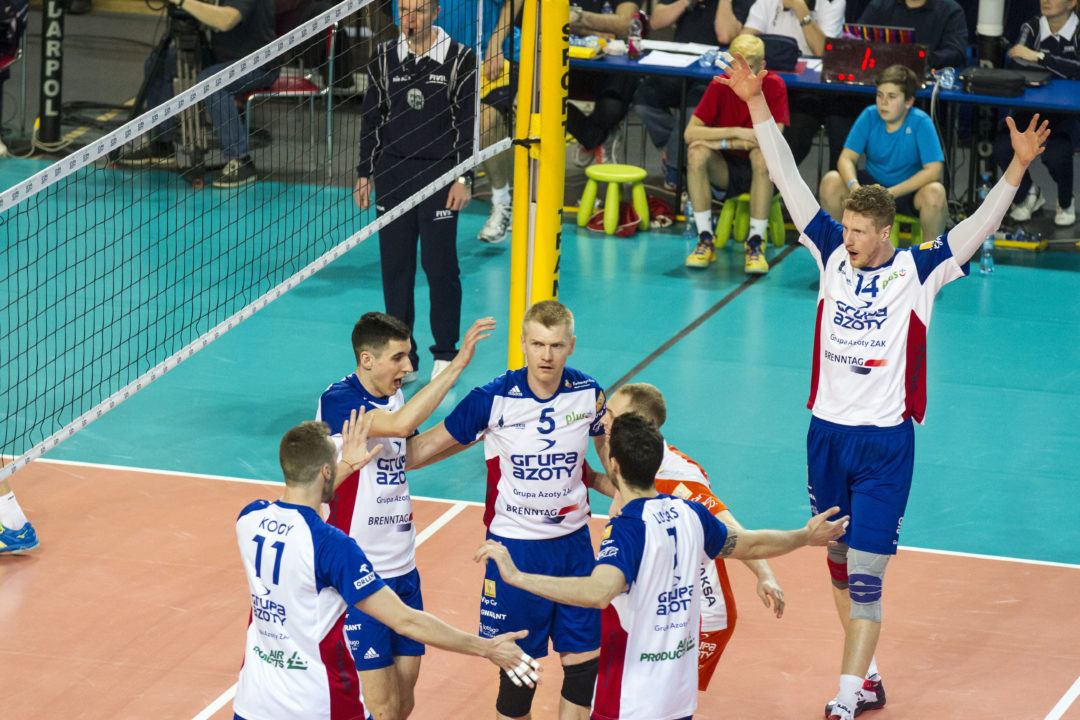 Back-to-back PlusLiga (Poland) champions Zaksa Kedzierzyn-Kozle have added a transfer in the form of Slawimir Jungiewicz. Archive Photo via CEV

After spending his first season away from a Polish club, Slawimir Jungiewicz is headed back to his home country. The 196 cm (6’5″) opposite/spiker will play for the defending PlusLiga champions in Zaksa Kedzierzyn-Kozle in 2017-2018 after his one year hiatus in Germany.

Jungiewicz, who just turned 28 today, began his career with Czarni Radom (2006-2007). After one season, he jetted off to Effector Kielce where he played for a decade from 2007-2016. That led up to last year when he switched over to TV Bühl for 2016-2017 in the German league. Now, Jungiewicz takes a big jump from the seventh place team in the Bundesliga to the top team in the Polish league.

Zaksa Kedzierzyn-Kozle won the PlusLiga in Poland last season as they finished first in the regular season and won every set in the four-team playoff round. They also won the Polish Cup in 2017 to add onto a stellar season. Additionally, 2017 was the second straight PlusLiga title for Kedzierzyn-Kozle, as they were also the Polish champion in 2016.

Slawimir Jungiewicz joins a deep roster on Kedzierzyn-Kozle and may find it difficult for starting time. Regardless, he should provide strong depth and another option on the team as they look for a third straight PlusLiga championship in 2017-2018.