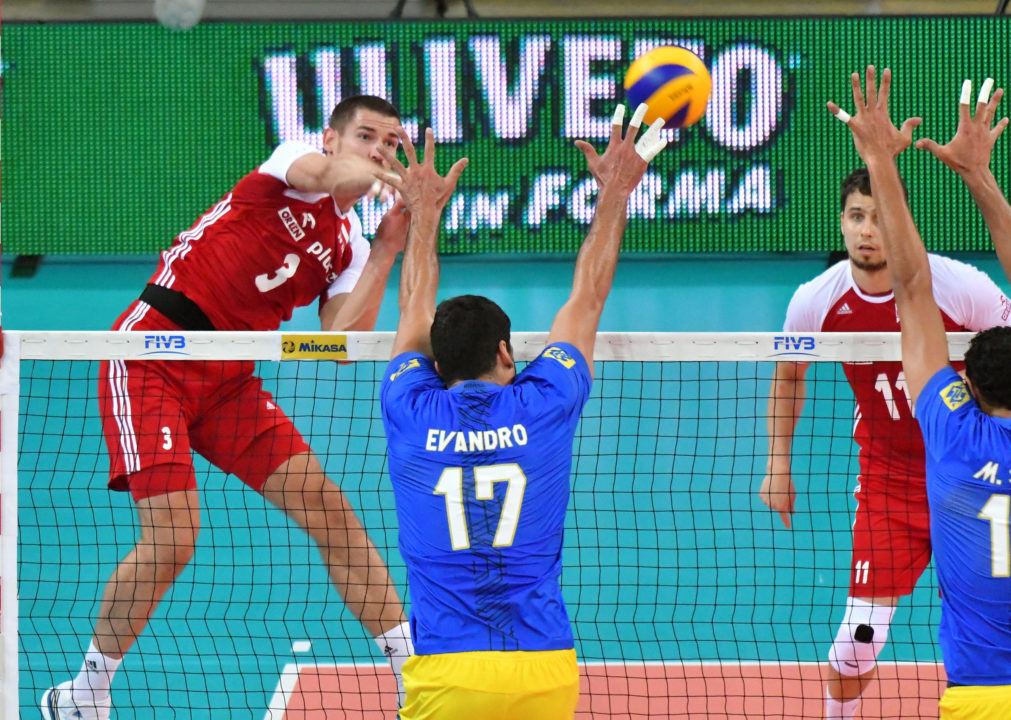 The Ankara star, who was the MVP of the 2017 Polish Cup, was unable to finish Poland’s practice. Mielewski said that the injury did “not look too bad,” but that “we’ll see.” About an hour later he said that the performance of Konarski was not affected.

Konarski is a 27-year old opposite who has played for Poland’s National Team since 2012. He was the 5th-leading scorer in Group 1 of the 2017 World League with 129 points in 9 matches played (14.3/game). Poland finished 8th in that tournament.