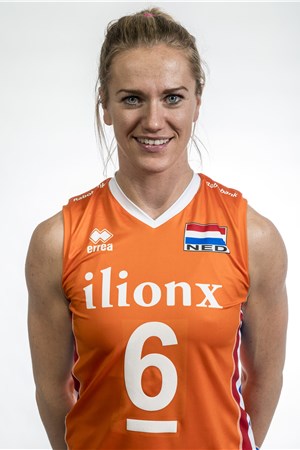 Pomi Casalmaggiore is not yet ready to give up in its season. In an attempt to bounce back from its disastrous 2017-2018 campaign, the club has announced in its official website the signing of Dutch national team captain Maret Grothues, who is transferring out of Poland’s Chemik Police. She will wear number 6 and the be the first Dutch national to ever wear Casalmaggiore’s colors.

The 29-year-old opposite hitter is a very experienced player, having played in the world’s top leagues. With the Dutch national team, for which she has over 250+ caps, she won 3 silver medals in CEV European Championships (2009, 2015, and 2017) and participated in the 2016 Olympic Games. She was also the best server at the 2010 FIVB World Championship. At the club level, she has won the 2016-17 Turkish League and Cup with Fenerbahce and the 2013-14 and 2014-15 French League with RC Cannes.

The team also welcomed Grothues in its official Instagram page:

After parting ways with coach Marcello Abbondaza and its biggest signings of the season,  Sarah Pavan (see here) and Zeng Chunlei (see here), as well having frozen players’ salaries after its numerous losses, Pomi sports a 2-10 record in Serie A1, good enough for 10th place out of 12 teams in the standings.