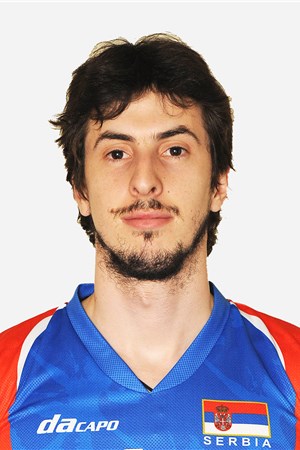 Ziraat Bank is working to make its squad even stronger for the second half of the Turkish season. According to Voleybolplus.com (Source 1 and Source 2) the club has signed Milos Nikic and Tomi Coskovic to contracts.

Nikic is a 31-year-old 6’4″ opposite hitter from Serbia. He was part of the Serbian national team that won Gold at the 2011 CEV European Championship and at the 2016 FIVB World League, as well as a Bronze at the 2010 FIVB World Championship. He is also a two-time Olympian, having played at the 2008 and 2012 games. At the club level, he is best known for his days in Italy’s Modena, having won the Italian Championship with the team in the 2015-16 season. Prior to signing, he was playing in Argentina with Personal Bolivar. He will be no stranger in Turkey, having played for Besiktas and Fenerbahce in the past.

The 38 -year-old 6’8″ outside hitter Coscovic, who is Bosnian-born but became a Turkish national in 2014, experienced the best years of his professional career in the Turkish Sultan League, having being a domestic champion 3 times with Fenerbahce. Prior to signing, he had been playing for Istanbul BBSK since 2013.

Ziraat Bank currently leads the Turkish league with a 10-1 record.