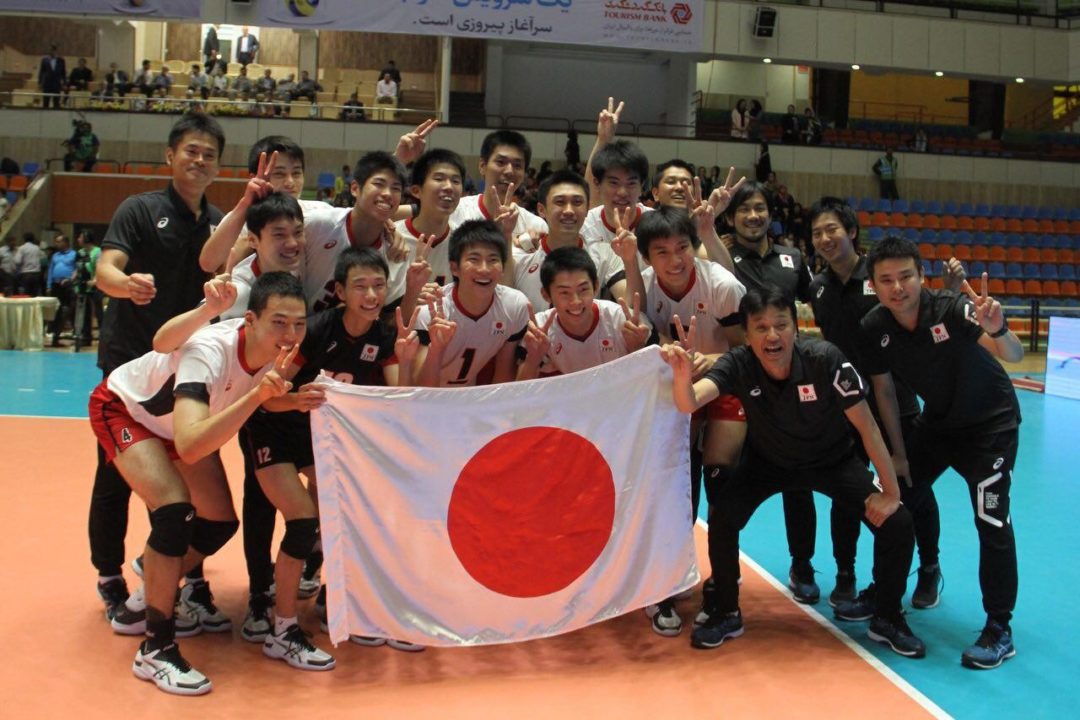 Tabriz, Iran– On July 6th, the 12th Asian Men’s U18 Volleyball Championship came to an end after eight hectic days for 17 participating teams. Some teams were not happy with their performances, but Japan (gold), South Korea (silver), Iran (bronze), and China (fourth place) could walk away happy. These four teams earned a ticket for the 2019 world U19 boys’ volleyball championship to be held in Egypt.

Gold medal match
Japan was defending their Championship title from last year in Myanmar in the final match that evening. Japan had the upper hand in the game over their opponent with a final score of 3-1 (20-25, 25-14, 25-21, 25-15). The game was a true exhibition of technique and tactic from the powerhouse of Japan.

Bronze Medal Game
Chinese Taipei played against Iran for the bronze medal. Iran had more motivation for achieving a bronze medal and making it to the championship podium in front of local fans including men, women and young kids as they believe volleyball is a family sport. In four sets, by a score of 3-1, (25-23, 21-25, 25-26, 25-20) the match went to the host team. The guest team of Chinese Taipei took fourth place.

Wang Teng, head coach of the Chinese Taipei team, commented, ”I am very thankful for the organizing authorities. We are completely content with the good facilities they have provided. I congratulate the Iran team. Today #12 of Iran surprised us. The Iran team had good serves. In the attacking game, we had prepared ourselves, but we could not defeat our rival.”