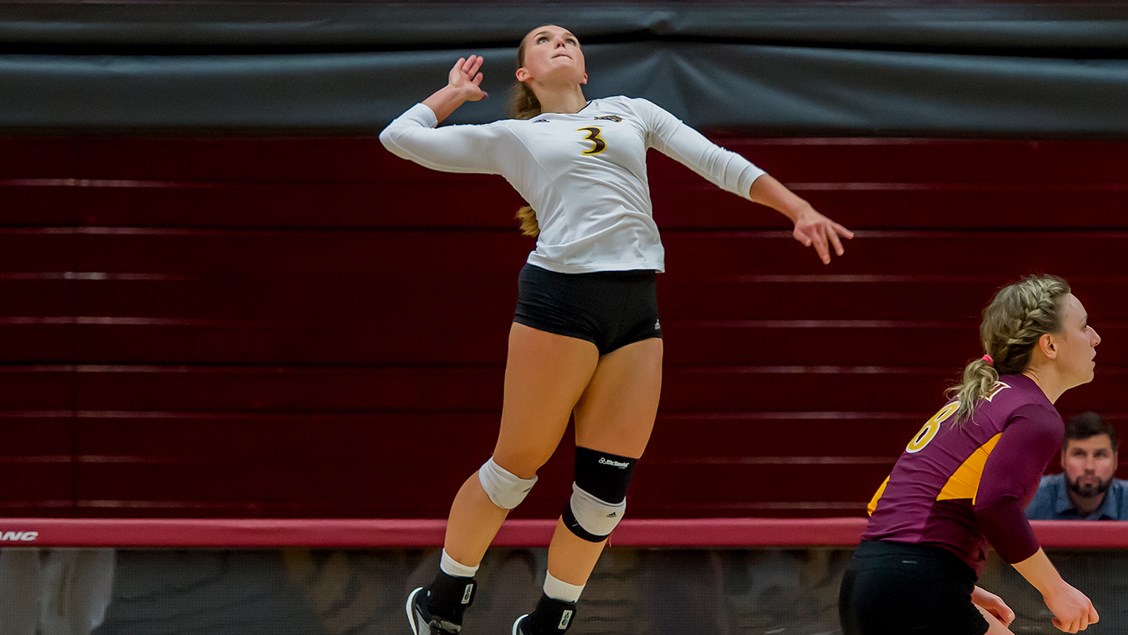 The 2018 MAAC Volleyball Championship gets underway on Thursday with a quadruple header of first round contests starting at 10 a.m. from the HP Field House at the ESPN Wide World of Sports Complex in Lake Buena Vista, Florida. Current Photo via Iona Athletics

LAKE BUENA VISTA, Fla. – The 2018 MAAC Volleyball Championship gets underway on Thursday with a quadruple header of first round contests starting at 10 a.m. from the HP Field House at the ESPN Wide World of Sports Complex in Lake Buena Vista, FL.

The 2014 Championship was the last MAAC Volleyball Championship to be held at the ESPN Wide World of Sports. No. 2 seed Siena topped No. 1 seed Marist 3-2 in the championship game. That was the Saints’ most recent of their nine MAAC titles.

For the First Time

Iona captured the program’s first outright MAAC Volleyball Regular Season Title with a 16-2 league record. The Gaels won 12-straight MAAC games from September 29 – November 4. Iona has a bye to the semifinals in the championship.

Canisius finished second (14-4) in the regular season and earned a bye to the semifinals. The Golden Griffins were picked eighth in the preseason poll. The 14 MAAC wins match the program record from 2006. The second-place finish is the best finish for the Griffs since joining the league in 1990.

Rider finished third in the final standings after being picked sixth in the preseason poll. The Broncs went 12-6 in league play; including going 9-1 in their last 10.

Rider head coach Chris Feliciano picked up his 113th win at the school to become the program’s all-time leader in wins. He passed Nancy Roberts, who coached the Broncs from 1991-98.

Fairfield’s win over Siena on November 3 assured the Stags of the program’s 23rd winning season in a row in MAAC play.

Sandra Lozanova of Manhattan is fifth in Division I at 0.57 aces per set. Anilee Sher from Rider is 15th. Iona’s setter Emma Rose is 11th in assists per set with 11.66. Defensively, Sofia Lopez Acosta of Canisius sits 22nd in digs per set at 5.36. Quinnipiac’s Kat Miller leads a quartet of MAAC players inside the top 45 in service aces.