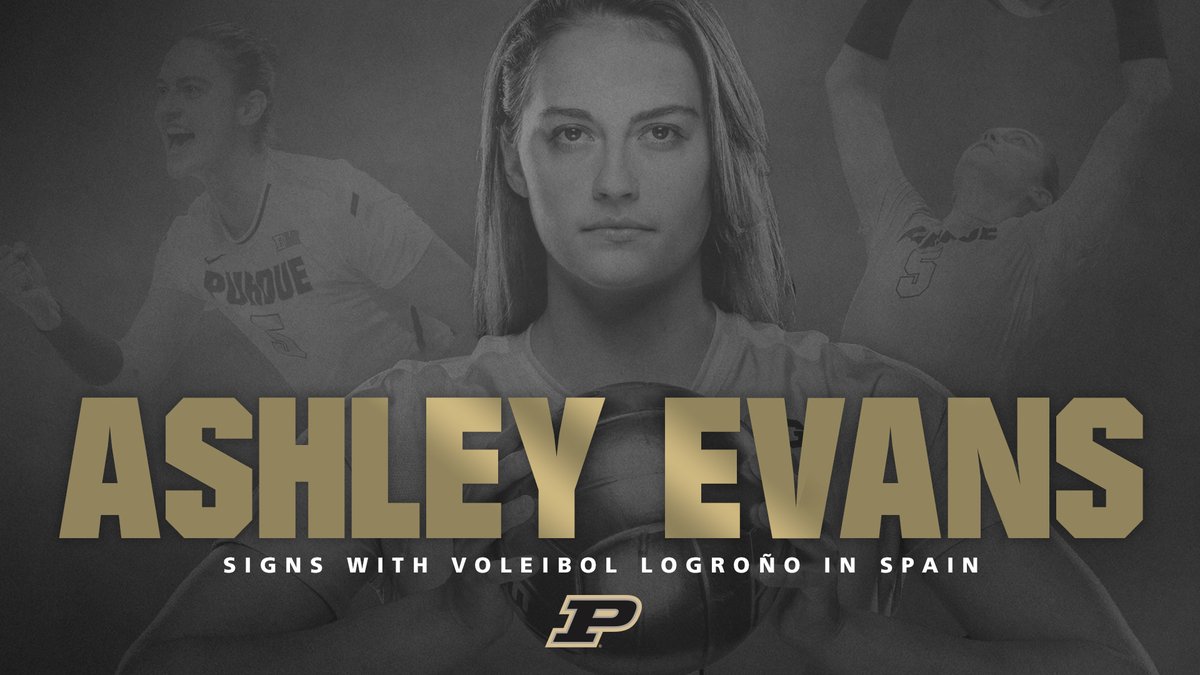 Former Purdue setter Ashley Evans has signed her first professional contract to play overseas in Spain for Voleibol Logroño. Evans, who redshirted her freshman year, was a four-year starter for Purdue. As a freshman, she played primarily as an opposite and defensive specialist, averaging 1.19 kills/set while starting all 32 matches, but as a sophomore shifted to her natural position of setter.

Liberty ➡️ Lakota ➡️ Lafayette ? Logroño, España ?? ?
Excited to announce that I have signed with @VoleibolLogrono for my first pro- volleyball season. Thank you to everyone who has helped me reach this point in my career! #Spain #newchapter pic.twitter.com/RRbOfePPOU

As a senior, she set Purdue to a .301 hitting percentage, which ranked the Boilermakers 9th nationally and 2nd in the Big Ten behind only Penn State.

Off the court, Evans is a winner of the prestigious Big Ten Medal of Honor, that recognizes one male and one female student-athlete from each of the conferences member universities who has achieved the highest level of success in academics and athletics. She also spent last summer as an undergraduate research assistant in Purdue’s Human Injury Research and Regenerative Technologies lab. She has a 3.88 GPA majoring in Mechanical Engineering.

Good for her! Ashley’s versatility should be a great asset in extending her career. I’ll miss seeing her play for Purdue, but my stupid cable system pulled the BTN anyway, so…