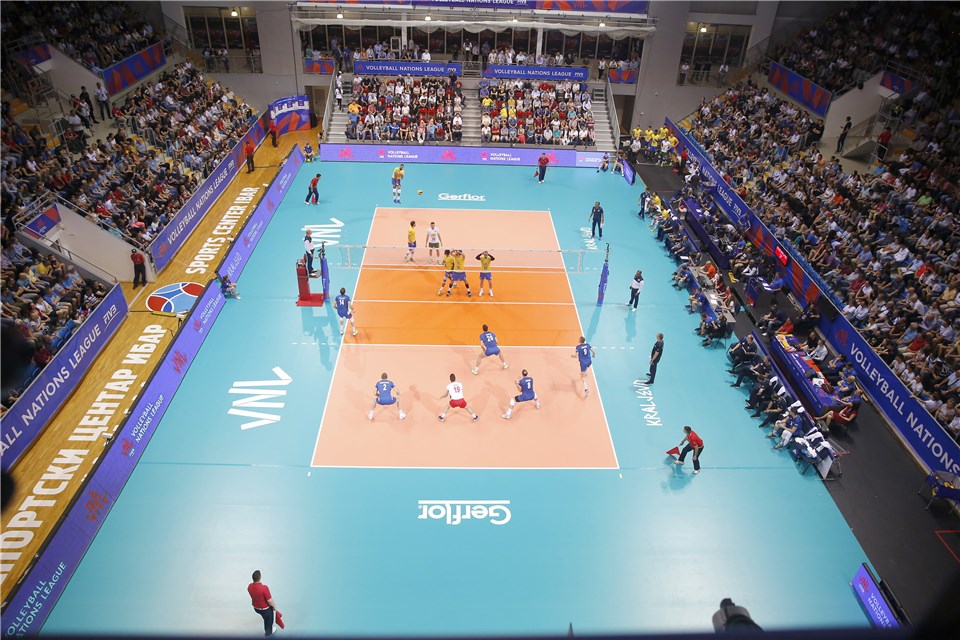 Day 1 of the FIVB men's Volleyball Natiosn League went mostly according to plan with just one slight upset by the world rankings. Current Photo via FIVB

Day 1 went mostly according to plan with just one slight upset by the world rankings.

Pool 2 offered the most competitive matches with both going five sets. In the end, the World No. 2 ranked United States edged past No. 7 Argentina and No. 14 Bulgaria came out on top over No. 20 China.

Bulgaria was the only one of the four challenger teams to pick up a Day 1 victory, with a five-setter over host China.

Australia took a set off of Japan, but Canada was swept by Russia and Poland quickly moved past South Korea.

No. 9 France bested No. 8 Iran in four-sets, but with the French boasting home court advantage, the results are a wash.

Some of the lower seeded teams collapsed under the pressure, as Germany and Serbia each gave away nearly 30 points in losses to Italy and Brazil in Pool 3.

Here’s a look at how each pool’s results shook out.