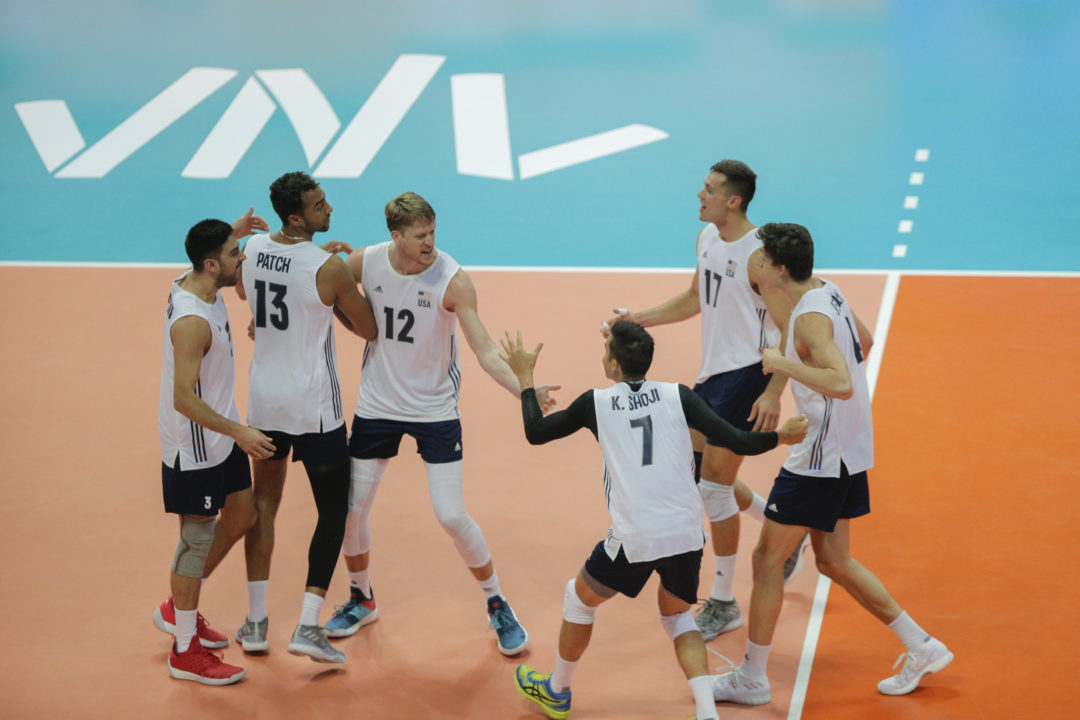 The USA bested Bulgaria in every statistical category behind an 18-point effort by Taylor Sander in a four-set win in VNL Pool 2 on Saturday.  Current Photo via FIVB

The USA bested Bulgaria in every statistical category behind an 18-point effort by Taylor Sander.

It all came down to Set 4, where the United States had built an 18-12 lead. A Gotsev putaway set up a four-point serving run for Skrimov, including an ace, to slice the margin to one. It was nearly tied at 18-all as Jaeschke was called for double contact, but a U.S. challenge resulted in a replay of the point. A Skrimov service error on the ensuing play gave the U.S. a 19-17 lead and the Americans rolled on to the 25-20 win.