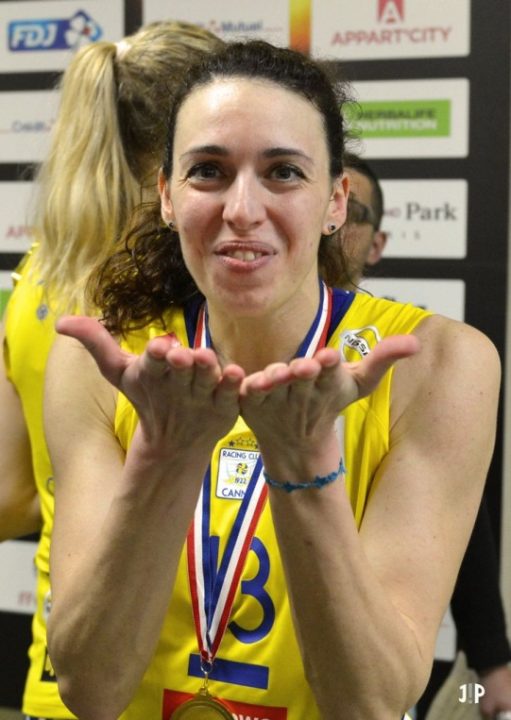 Nadia Centoni had an amazing career that spanned 17 years. Of those, 7 were spent with RC Cannes (2007-2014), of the French League. Together, the tandem won 7 French titles, 8 French Cups, as well as a silver and bronze medal at the CEV Champions League. It is fitting, then, that upon the athlete’s retirement from professional volleyball, the club decided to retire her N. 13 jersey as well.

Here is what the club published in its official website:

“Nadia Cetoni, this name is forever etched in the history of RC Cannes. More than a captain, she was the model, the pillar, often considered as the big sister of the whole team. The whole Club thanks this great player, this captain, this legend, for all that she brought to this team during her 8 years here. It is a pride for the Racing Club de Cannes to have seen one of the most brilliant volleyball players ever evolve in its roster. The Racing Club de Cannes wishes its captain the best for her personal life and future professional goals. Nadia, may your live now be as rich and victorious as your sporting career. We hope to see you in Cannes in other functions in the future.”

While this honor is common in most American leagues, volleyball is only now catching up in this kind of homage to its biggest stars.