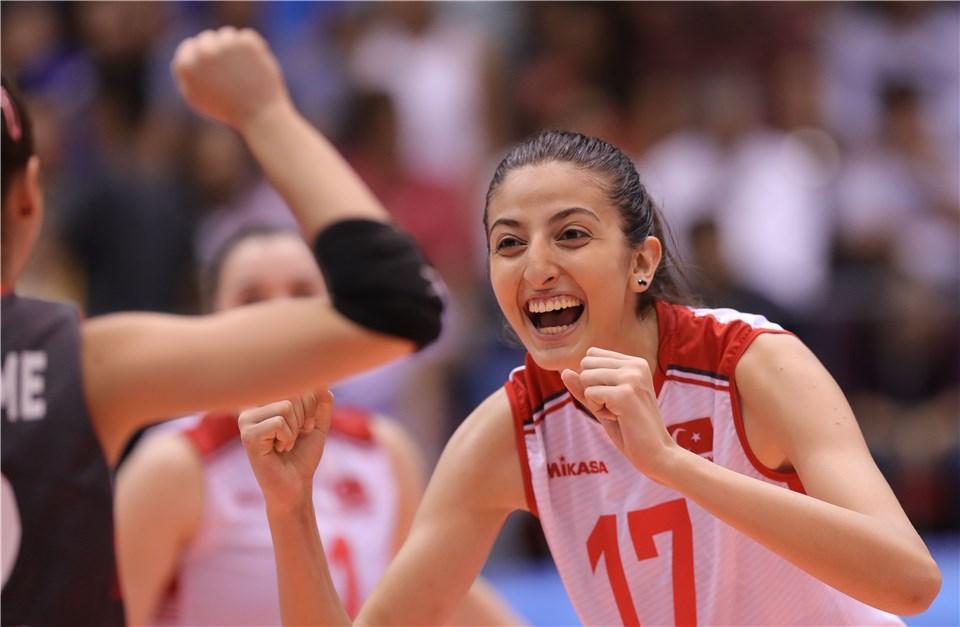 The high-powered Russian offense proved to be too much for the Brazilian’s to handle, as Russian maintained an undefeated record in pool play and secured their birth to the FIVB U-20 Women’s Volleyball Semi-Finals. Turkey defeated Poland despite their 28 errors through strong defensive and offensive performances.

Turkey was able to secure a win to finish second in the pool, earning a semi-final birth.

The Poles were able to outperform the Turks on offense 47-39, but their 28 errors proved to be to much to overcome compared to the Turks 24 miscues. In addition, the Turks were able to outblock, 13-8, and outserve, 9-8, the Poles on their way to the victory.

The Poles’ Martyna Lukasik was the high-scorer of the match, notching 15 points for her side with 11 kills, 2 blocks, and 2 aces, but it was not enough to earn her team the victory. Zuzanna Gorecka was also able to make a strong contribution with 13 points from 10 kills and 3 aces.

On the Turkish side, a balanced attack was the key to victory. Tutku Burcu Yuzgenc, Yasemin Guveli, Zehra Gunes, and Saliha Sahin were all able to contribute over 10 points for their side. Yuzgenc led the Turks with 14 points on 12 kills, 1 block, and 1 ace.

Russia was able to secure its place in the FIVB U20 Women’s Championships by stifling the Brazilians, outscoring them by a margin of 75-48.

Lorrayna Da Silva was the sole bright spot for the Brazilians, scoring 10 points with 9 kills and 1 block.  No other member of the Brazilian team was able to contribute more than 5 points during the course of the match.