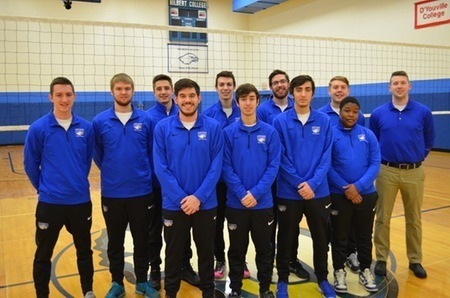 Hilbert College will suspend their men’s volleyball team for the 2018 season. This move comes following a season where the team posted a 0-23 record over the course of the season, including a 0-16 record in the North Eastern Athletic Conference. In addition, the Hilbert College team only won 6 sets over the course of the season while dropping 69 sets.

John Czarnecki, the Hilbert College Director of Intercollegiate Athletics, stated in a press release regarding this change, “After reviewing the state of the program, and discussing all our options, we felt it was in the student-athletes’ best interests to suspend the program while we search for a new head coach. Our plan is to find a coach who can come in and take the year to work hard on recruiting and retention while preparing the program to enter AMCC play in 2018-19 at full strength.”

The Allegheny Mountain Collegiate Conference (AMCC) is growing following the addition of Hiram College, Thiel College, and Wittenberg University to the conference. Hosting 8 teams’ means that the AMCC will be eligible to be granted a national tournament automatic bid during the 2020-2021 season. This is due to an NCAA-mandated 2 year waiting period for an automatic bid for a national tournament bid following a conference officially sponsoring a sport.