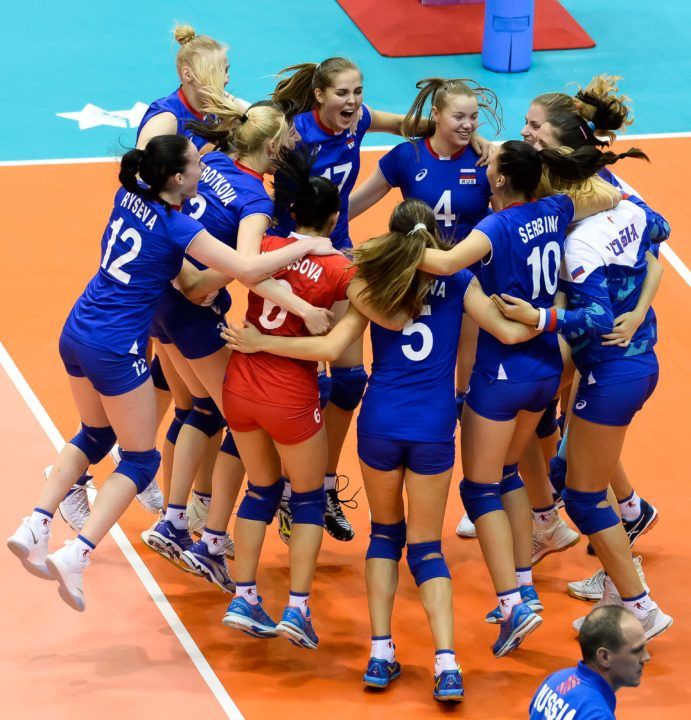 FISU Recap – Defending champions Russia beat a tenacious Japanese team 3-1  (25-18, 17-25, 25-22, 25-22) on Monday to once again claim Universiade’s women’s volleyball gold. Natalia Krotkova led the way with 22 points for Russia, and was helped by Alina Pankova, with 16, and captain Natalia Malykh, with 10.  Arisa Inoue had 21 points in the losing effort.

Pankova said after the match that Japan had played strong defensively. This had forced her team to increase the intensity of its serves in the first set, leaving her players somewhat tired in the second, she said. After some jitters as Japan began closing the gap on the scoreboard, Russia steadied itself, relying on its height advantage and playing more patiently to cruise to victory.