Russia To Use Experienced Line Up At 2017 European Championships 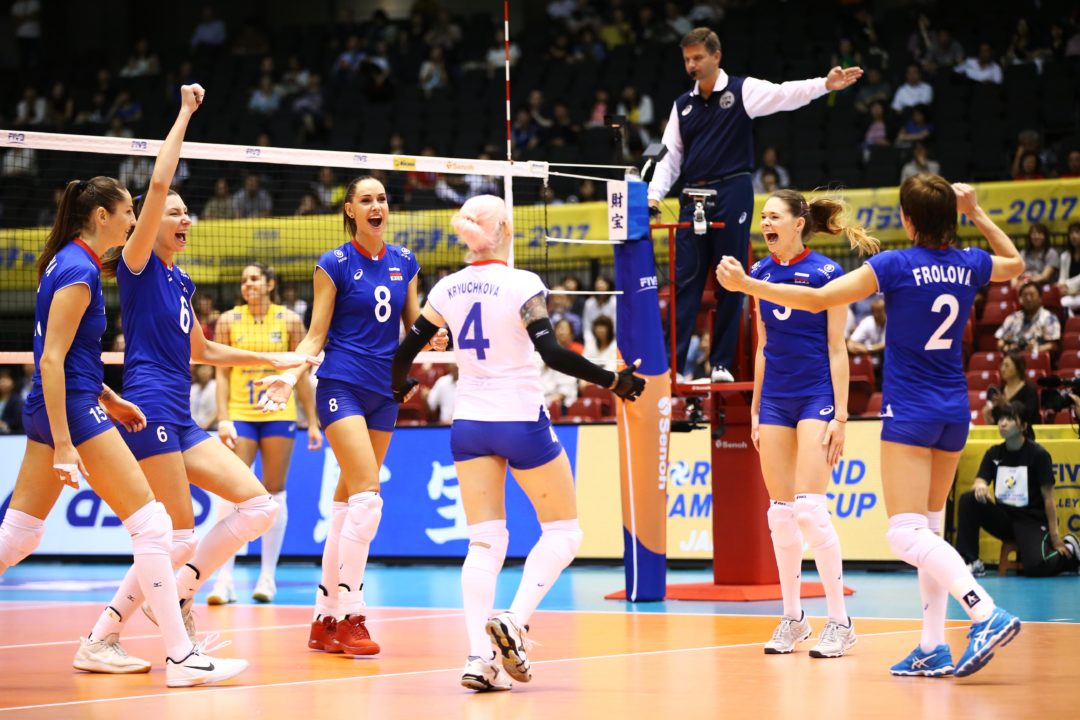 Russia will use a balanced roster at the upcoming European Championships with many players having been huge fixtures on the team this summer.  Current Photo via FIVB

Russia will use a balanced roster at the upcoming European Championships with many players having been huge fixtures on the team this summer.

At the FIVB World Grand Prix, Irina Voronkova was a huge piece for the Russians despite their poor finish in the competition. Voronkova put down 130 points on 118 kills, five blocks and seven aces at the tournament to lead the Russian crew.

More recently, Russia competed at the FIVB World Grand Champions Cup, an event that occurs every four years, typically following an Olympic year. The Russians didn’t finish too well at this event either, as they finished in fourth place, but showed some improvement with their more senior players returning to the court. Two Russian players scored points that put them in the top-five of the competition – Nataliya Goncharova with 87 points on 73 kills, 12 blocks and two digs and Tatiana Kosheleva with 76 points on 61 kills, nine blocks and six aces.

Both Goncharova and Kosheleva are listed on the European Championship roster and could help bolster the team at the competition.

Currently, in the CEV, Russia ranked #1 narrowly over Serbia and Italy while sitting at #5 in the world.