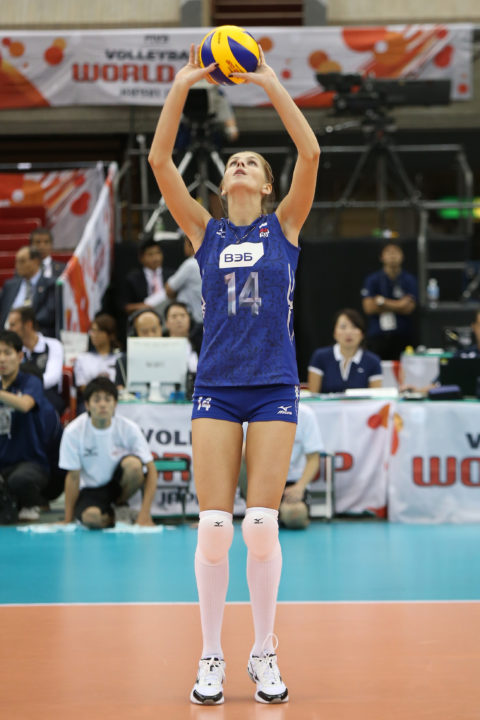 After one of its worst EuroVolley campaigns ever, Russian players continue to deliver powerful words regarding the national team’s participation in the competition. After Kosheleva requested that “volleyball experts” be cautious about their comments regarding the Russian squad, Bruno Voloch’s Blog reported that middle blocker Irina Fetisova put her teammates on blast (herself included), during an interview:

“It is impossible to play for several years at the expense of Tatyana Kosheleva and Nataliya Goncharova. Yes, they are good, but all ours rivals know our style by now. Kosheleva and Goncharova need to be helped out more.”

It is understandable that nerves are currently a little awry with the Russian players. After all, this is a squad that had its coach fired just hours prior to CEV’s EuroVolley competition, right after it greatly underachieved in 2017 FIVB’s Grand Prix and Grand Champions Cup. They now have less than one year to get ready for the World Championships.