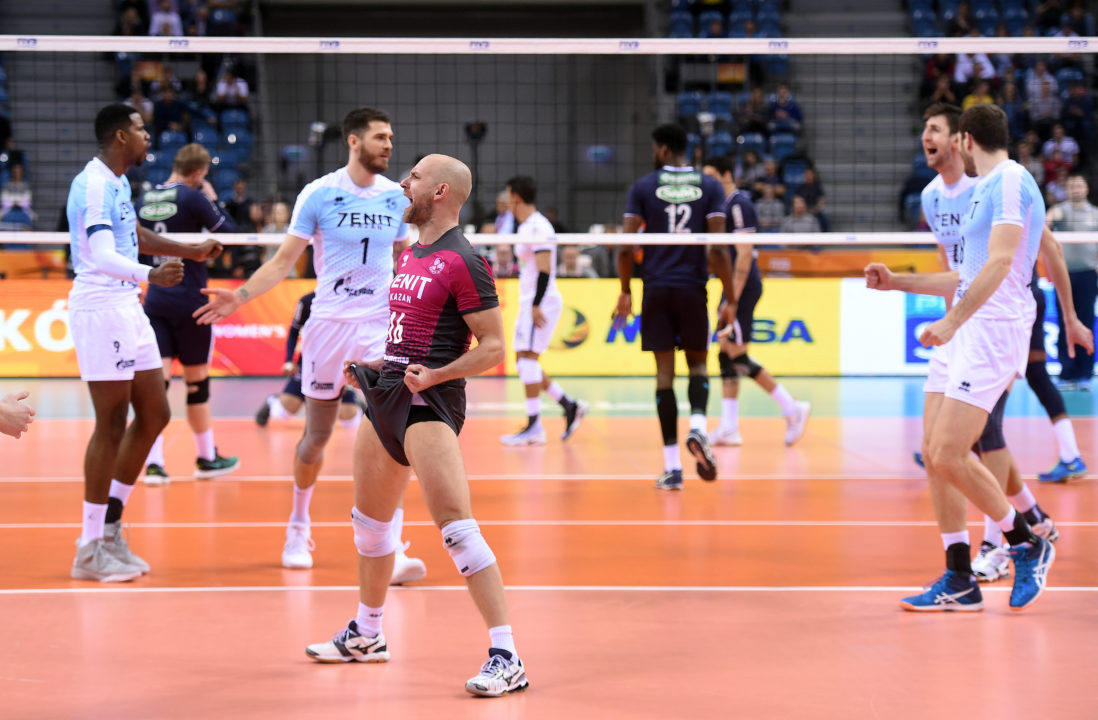 Disrespect towards a much weaker opponent, or just having some fun? At the end of its Round 20 game against Kuzbass, Zenit Kazan‘s coach Vladimir Alekno let famous Russian libero Alexei Verbov, who had entered the game at the back-row to pass and defend as a reserve defensive specialist (Valentin Krotkov started the game as libero), reached the net and try his luck in attacking. He succeeded in 1 of his 4 tries, netting his first points in a career that already expands 20 years. You can see his true excitement in the video below.

Here is what he had to say of his feat, according to Sport.business-gazeta.ru:

“For the first time in my career I scored a point – I will remember this game forever. I realized that this was Wilfredo Leon‘s idea, he is the one who asked Alekno to leva me in the game. It was very interesting to me. My heart immediately started beating, my adrenaline went up, emotions overwhelmed me. I am glad that I managed to earn a point officially. It seems to me, the first in my career. As a libero, I, of course, have managed to earn points for my team, but they were always written in the games’ official logs as errors from the opponents. So today is a historic event for me. I’m glad that I managed to do this. This season may me by last last. Therefore, I will remember this game forever.”

“To immediately close the subject of Verbov: in general, foolishness is punished in life and in sport, I did not want thiis. But Leon persuaded me, after much asking. Apparently, the players had been planning this among themselves for some time.”

Here is the video of his point on Zenit Kazan‘s official Instagram page:

To put his greatness into perpective, here is a list of his personal accolades: