Ryter, Pehrson Named Stars in the Big Sky for Week 2 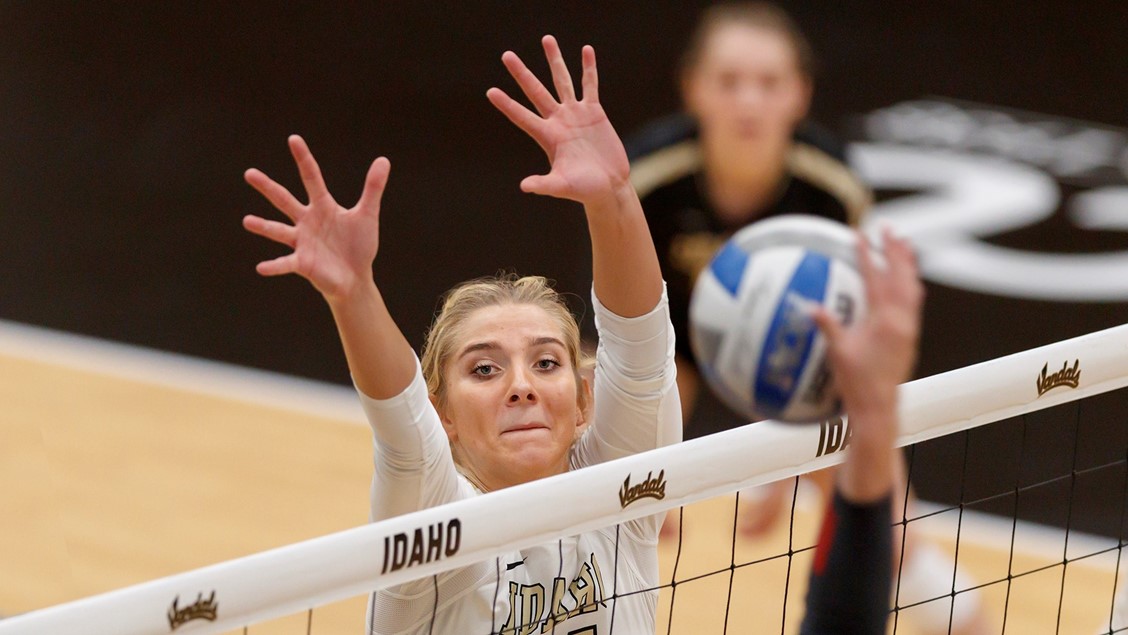 Idaho’s DeVonne Ryter and Idaho State’s Brooke Pehrson were selected as the Big Sky Players of the Week. Ryter was tabbed the Offensive Player of the Week, while Pehrson earned defensive honors.  Current Photo via Idaho Athletics

OGDEN, Utah  – Idaho’s DeVonne Ryter and Idaho State’s Brooke Pehrson were selected as the #BigSkyVB Players of the Week. Ryter was tabbed the Offensive Player of the Week, while Pehrson earned defensive honors.

Ryter, a senior middle blocker from Sedona, Ariz., led the Vandals to a 2-1 record at the Pepperdine/CSUN Invitational, including wins over CSUN and North Texas. Ryter recorded a team-best .500 hitting percentage on 30 kills. Ryter also posted the highest individual hitting percentage in the Big Sky last week. She currently ranks second in the league over all matches with a hitting percentage of (.393).

Pehrson, a junior middle blocker from Syracuse, Utah, paced the Bengals defense with 17 total blocks and five digs last week. Pehrson leads the Big Sky in total blocks (50.0) and blocks per set (1.52) so far this season.