Russia And Italy Remain Unbeaten At The #EuroVolleyU19 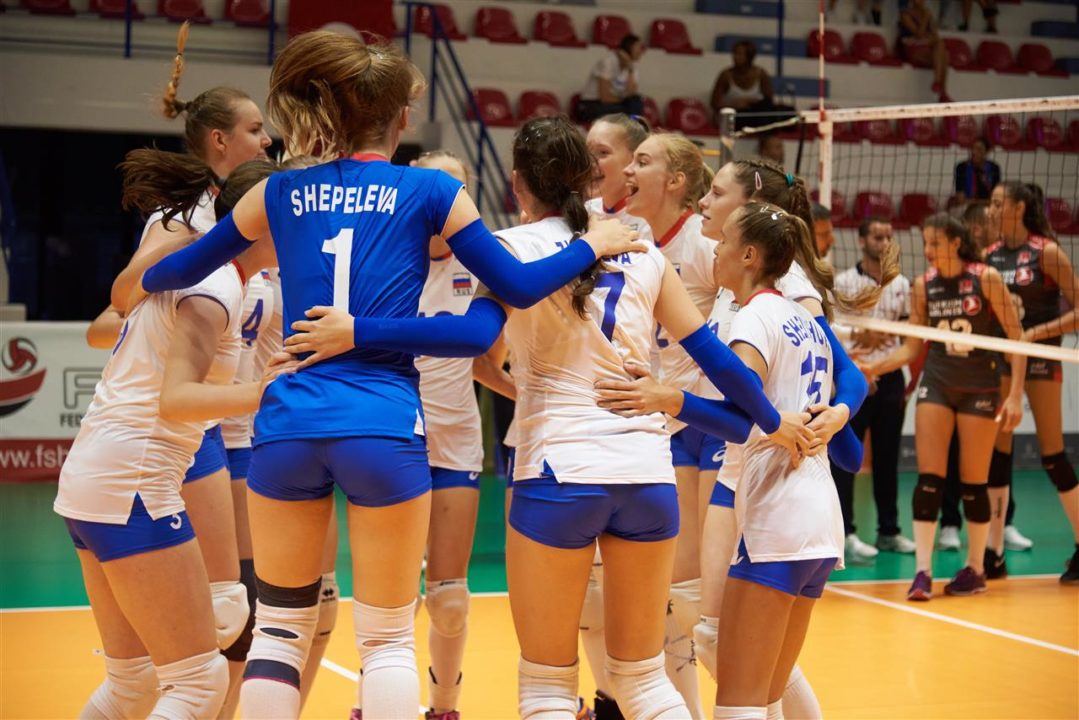 The current defending champions Russia stormed to a win against the brave Turkish team, proving that it once again is a title favorite. Italy, not to be outdone, also netted its 3rd win in as many games. Meanwhile, The Netherlands was surprised by the Belarus team in a commanding 3-0 win, which has been by far the biggest upset of the competition. Here is the day’s recap:

Quotes of the Day

After 3 games of play, Russia and Italy are the only remaining unbeaten teams in the competition. Here is how their coaches reacted to today’s wins:

“I feel very good after having won three times. However, we still need to improve from a psychological point of view. Some moments, psychological ones, are not well ‘played’ among our players, so with every match we try to train ourselves in that component as well. We know that in the other group Italy are very strong, but nobody should be underestimated.” – Alexander Karikov, Russia’s head coach

“We had a good first set, but the girls seemed overcharged and Bulgaria took advantage out of this. They played really well and I would like to congratulate them, regardless of this defeat. I already said that we are looking to win match by match – next we meet Albania and only then we will think about the Netherlands.” – Massimo Bellano, Italy’s head coach