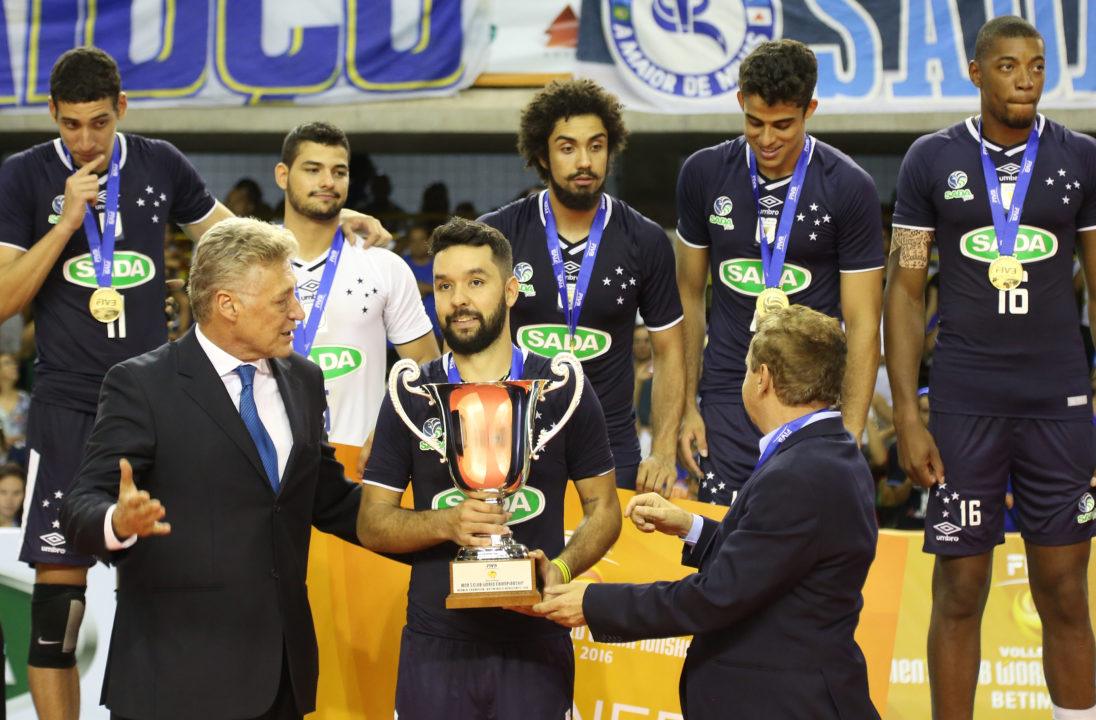 Arjona has been with the team since 2011 and has been a part of all three of its club world championships (2013, 2015, 2016). While he himself didn’t contribute much to the team’s scoring — he added only nine points in the tournament — his setting was instrumental to Cruzeiro’s victory.

“These awards are not among my goals, to be honest,” he said in an FIVB press release. “Sometimes good things just happen. And an award like this needs good performances on the rest of the team — the receivers and the attackers, too. So this happens when the whole team does well. It’s something to be very happy about and to enjoy.” 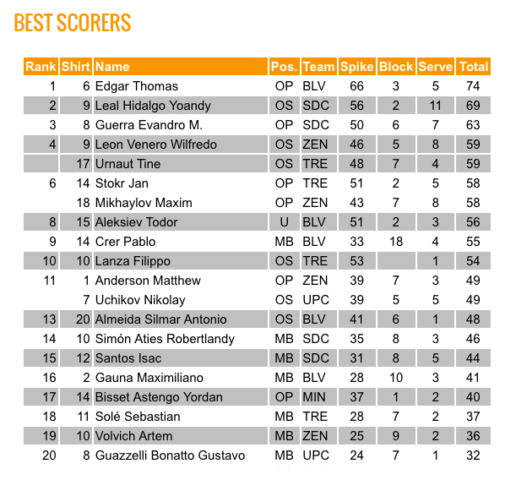 The championship match was the first time Cruzeiro has swept Kazan in the four times the teams have met. The third-place match between Bolivar and Trentino Volley was a five-set battle, however, with Trentino narrowly coming out on top to win its sixth club world championship medal (four gold, two bronze). 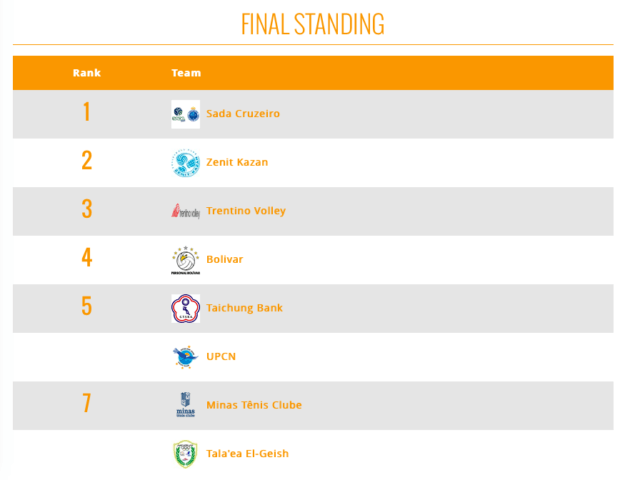