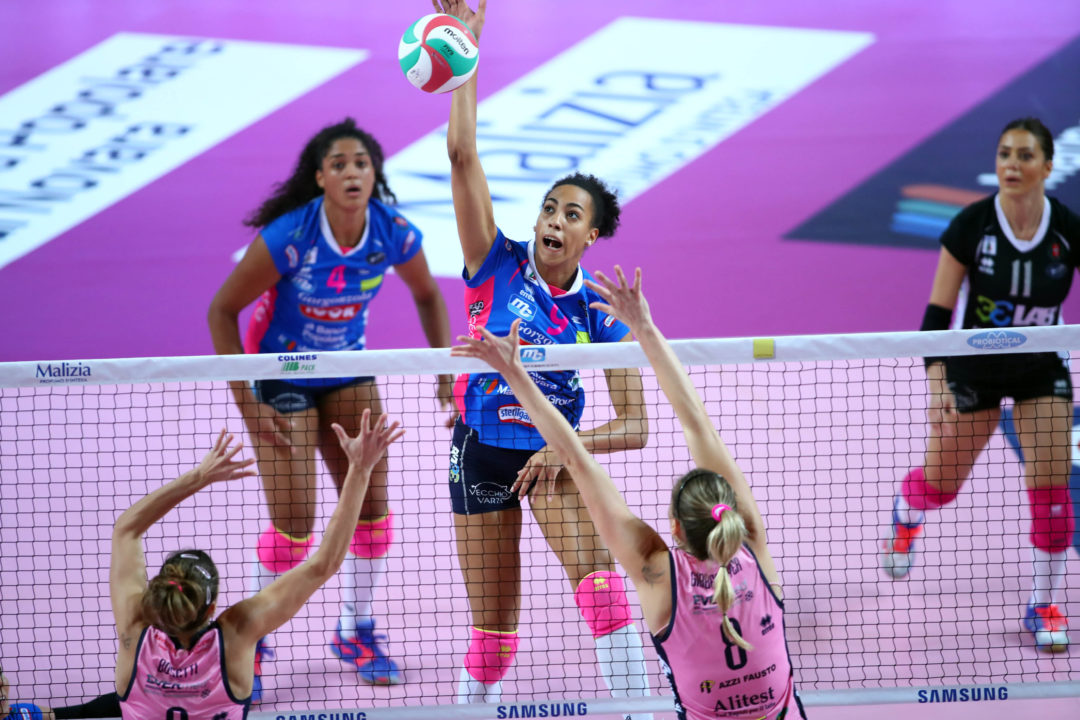 Sara Bonifacio has signed with Unet E-Work Busto Arsizio for the 2018-2019 season.  Current Photo via Lega Pallavolo Serie A Femminile

Sara Bonifacio has signed with Unet E-Work Busto Arsizio for the upcoming season. Bonifacio has been playing in Italy for the past seven years. She started with Club Italia in 2011 and played for them through 2014. Since 2014, the 6′ 1″ middle blocker has been playing for Igor Gorgonzola Novara. While at Novara, Bonifacio won the 2014-2015 Italian Cup and the 2017 Italian Championship.

Bonifacio commented on her transfer saying, ” I am very happy to embark on this new path with the UYBA: the staff and the players I already know from Club Italia give me positive feelings. So I arrive in a new but already familiar environment; I have already played with Berti and Orro, just with coach Mencarelli, and I am sure that my choice is the right one, also because I will have the chance to play more than last season in Novara. The team intrigues me: it is young, but well structured with important names like Meijners and Leonardi that will give strength to the roster: we will be a great group, I feel it “.