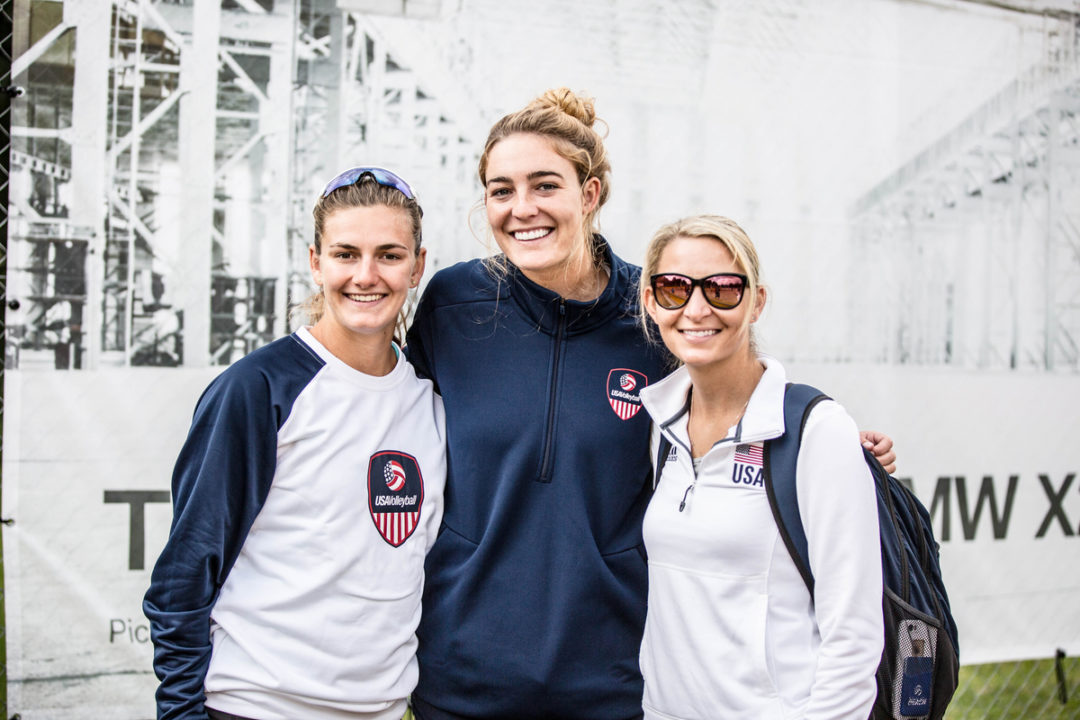 The NCAA beach volleyball scene remains in the world spotlight as three collegiate sides have made their way to the World University Beach Championships final eight. Current Photo via Andre Goerschel/WUBC

The three pairs – LSU’s Claire Coppola/Kristen Nuss, Cal Poly’s Emily Sonny/Torrey Van Winden and UCLA’s Nicole McNamara/Megan McNamara – each registered a Round 2 victory on Wednesday, their fourth of the competition after winning their respective pools on Tuesday. Sonny/Van Winden and the McNamaras have not dropped a set in their four matches, while Coppola /Nuss went to tiebreak twice in pool play.

All three duos won their Round 2 matches in straight sets as did five other teams. The lone exception saw Switzerland’s Zoe Verge-Depre/Esmee Bobner overcome a 21-14 Set 1 loss to upset Japan’s Kaho Sakaguchi/Reika Murakami 21-13, 17-15 to move on to the quarterfinals.

Two of the eight Round 2 matches were won by non-pool winners: Verge-Depre/Bobner and Nadine Strauss/Franziska Friedl (Austria), who bested Australians Nicole Laird/Brittany Kendall. Pool winners received a bye to the second round, while challengers had to win a Round 1 match of second and third place pool finishers to earn their spots.

Round 3 Matchups, set to begin at will pit:

Twelve other matches, which decided the seeding for 17th to 32nd place, also were played on Wednesday, setting the table for Thursday when those placings will be awarded.