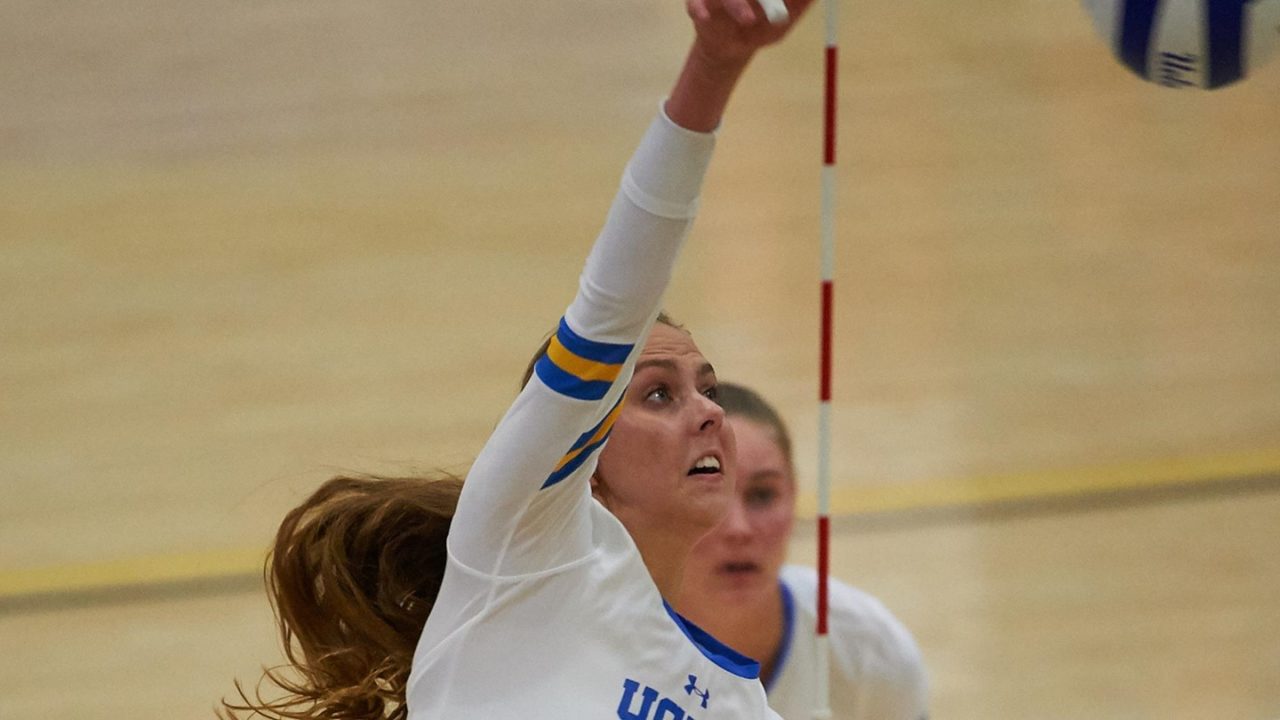 This is the second of a two-part scouting report of Thursday night's match between #22 UCLA and #17 Colorado. Current Photo via UCLA Athletics

This is part two of a two-part scouting report that we post that features a few important matches per week. We chose the Pac 12 match between #22 UCLA and #17 Colorado on Thursday night. If you missed the first SR from this match yesterday, you can read that preview here. If you’re not a volleydork like the rest of us here at VolleyMob, you can read the match recap here.

We knew going in that this match would have huge RPI implications for the final few weeks of the season. The NCAA Committee, although not exclusively, looks at each team’s body of work and uses the RPI ranking as a guideline to seed teams fairly. I won’t use the word “properly” because there are a few ranking systems out there that are superior in accuracy, but aren’t used for the purposes of the tournament. I say fairly because MOST of the time, matches like the one Thursday evening between UCLA and Colorado really paint a picture of expectation come December. What can this team do at home? On the road? Whom have they beat? To whom did they lose?

I want to touch briefly on each bullet point from the previous SR and see what happened. Let’s break down what each team did to cause the outcome:

DID COLORADO “FEED ITS BEASTS”?

I wrote this knowing what everyone else in the Pac 12 knows—the offense starts and ends around Alexa Smith (4 kills per set) and Frankie Shebby (3.5 kills per set). Both are juniors, a scary thought for the rest of the conference, and both are clear leaders of the Buffs. As they go, so go Colorado’s success. 69 of Colorado’s 124 swings, well over half, went to these two outside hitters.

HOW WAS UCLA’S FLOOR DEFENSE?

The Pac 12 leader in digs per set was no fluke. 16.4 digs is a lot of extended rallies and continued play. Over time, that can wear down even the best of attacking teams. 65 digs against Colorado, divided by 3, gives you 21.67 digs per set against the #11 RPI team in the country. Yeah, I’d say UCLA was OK in that area.

I’d love to make this a simple answer. There were quite a few things going on:

It was clear from the outset that Colorado was going to goad UCLA into errors. Getting to a 22-19 lead was no easy feat for the Buffs on a visiting floor. Up to that point, Colorado had 12 kills, forced UCLA into 5 hitting errors, UCLA missed 3 serves and there were two points calculated as “bad sets” by the stat crew.

For the record, coach Michael Sealy did not call a timeout at all throughout the Bruins’ struggles in set 1. Here’s the play-by-play of the 6-1 run to finish off Colorado:

And just like that, momentum was completely with UCLA. The rest was quick. Huge leads for UCLA in both sets two (14-6) and three (14-9), with Colorado not able to find another attacker to help out Shebby.

The match was a huge shift for both teams. For UCLA, it gained a season sweep of Colorado, a team currently ahead of them in the RPI. I’m guessing that might change, but let’s wait for the outcome of tonight’s matches (Colorado heads to USC, UCLA hosts Utah) before passing judgment. This inches UCLA closer to possibly hosting on the first weekend. For Colorado, the season just got tougher. They were 11th in the RPI as of Monday, November 6. Now, with a loss to UCLA (RPI: 26) and having to play at USC (RPI: 18) tonight, two quick losses could knock them out of hosting contention. The remaining matches for the Buffs are Arizona (95), Arizona State (119), Cal (90) and Utah (16). None of the former three matches can help Colorado’s RPI, so can we say the USC and Utah matches are “must-wins” in order to keep alive the thought of hosting in December? We shall see, and it will be a blast to watch.