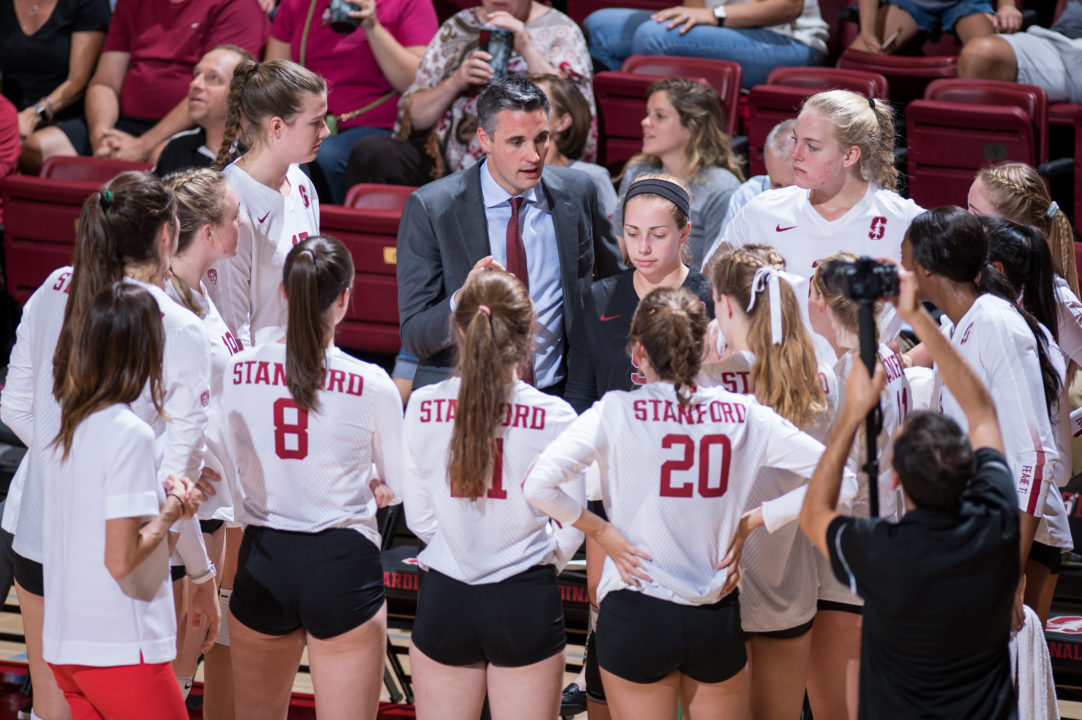 This is the second of a two-part series of Scouting Reports that we couple with a big match of the week. We chose the match featuring #3 Stanford's five-set victory over #20 UCLA on Thursday evening in Maple Pavilion. Current Photo via Stanford Athletics

This is the second of a two-part series that we call “Scouting Report” to delve deeper into the numbers of the strengths and weaknesses of teams in a particular match-up. The match we chose was #3 Stanford’s 3-2, come-from-behind win over visiting #20 UCLA in an epic Pac 12 match-up. If you missed the first part of this series and want to see tendencies and predictions, click here. If you aren’t a volleynerd like the rest of us and just want the facts, click here.

This was, easily, one of the best matches I have watched all season. Loud thumpers, amazing digs, and just all-around fantastic play. For those that didn’t get a chance to watch the best match the Pac 12 has offered this season, here’s what we predicted here at VolleyMob:

Indeed. OK, so they got outblocked 17-3. That didn’t seem to matter to the (comparably) undersized Bruin squad. I think everyone is shorter than Stanford, including Penn State, who are responsible for two of Stanford’s three losses this season. With that being said, we mentioned that UCLA’s defense is among the nation’s leaders, and they outdug Stanford, 83-74. Extending rallies was key, and that’s where the majority of their kills happened. However, two of the four main defenders we mentioned (Simo and Buechler) dug below their season average for digs per set. Was it playing keep-away, or was it finding holes and terminating into them? UCLA dug so many hard-driven attacks and transitioned them into Bruin points that they actually outkilled Stanford.

Yep. Had this too. Sponcil (61 assists, 22 digs) and Buechler (22 kills, 13 digs, .283) led, while one of the younger support characters stepped up (Mosser, 19 kills, .280). The Bruins needed someone, anyone, else to step up. Mac May had 6 kills and 6 digs and finished with just as many hitting errors. Can we expect a freshman to shoulder that much? Kyra Rodgers only had 2 kills on the evening and hit negative. If one of those kids finished over zero, I’m not sure that Stanford wins this one. Never thought I’d be typing that last statement.

This was an area Stanford needed to focus on. UCLA’s defensive ball control is among the nation’s leaders. You cannot let the Bruins hang around. Well, the Cardinal did, and luckily snuck out of Maples with a win. Also equally lucky was that Plummer and Lutz are relentless competitors and don’t fade when a few of their attacks get dug. Aside from those two, the rest of the Cardinal roster combined for 21-10-71 for a .155 hitting percentage. That’s nearly 200 points lower than their season average of .351. If it weren’t for 6 kills and 3 blocks in the final stanza from Plummer herself, I’m not too sure Stanford gets out of that battle with a win.

Truly, if Stanford actually relaxed last night, they would not have pushed the match to five sets, let alone win. Give credit to UCLA; the rest of Stanford’s competitors now have a blueprint for how a younger, shorter team can press the Cardinal, and even take a lead. However, unless you’re a Nittany Lion or a Husky, you don’t know that feeling.

Call it what you will—two perennial national powerhouses going at it in a great match in mid-November. It was excellent ball that no one wanted to see end.

And if I could address the NCAA Committee for a moment……please be kind and remember this match come seeding time. Stanford’s win was not just another stop on the tour. UCLA’s loss was the best possible loss you can have, and shouldn’t be held against them.