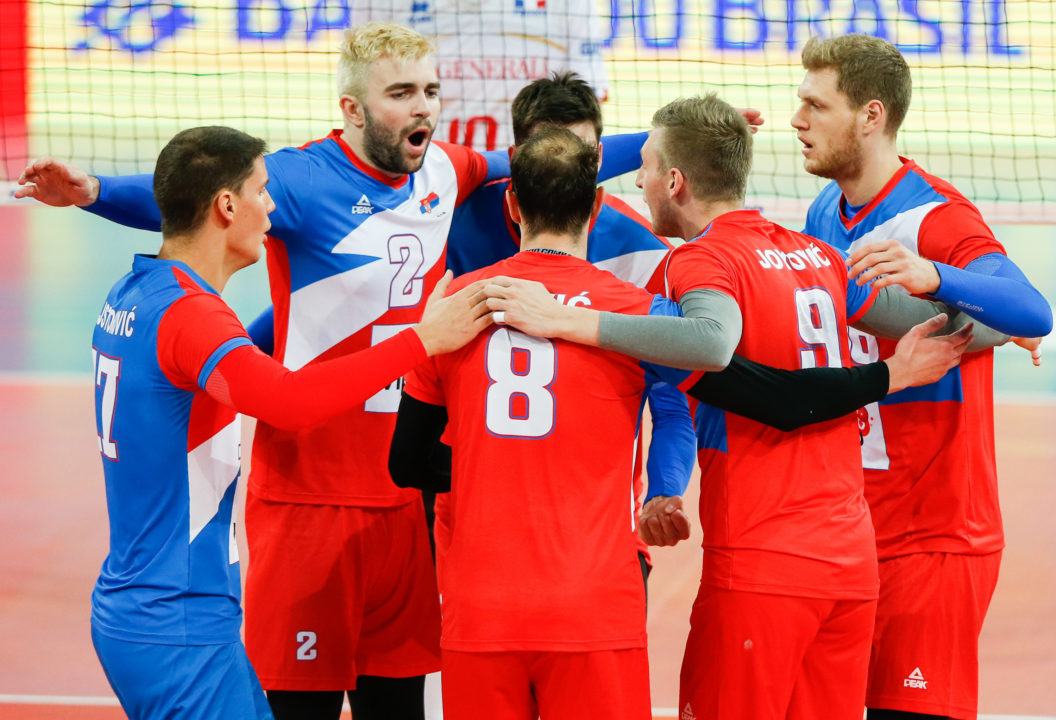 Serbia, which finished fifth at the World League Championships this summer, have brought in two veterans to aid the team in the absence of injured outside hitter Marko Ivovic.  Archive Photo via FIVB

Serbia without injured outside hitter Marko Ivovic as well as five other players from its 2017 World League roster, when it vies for its first podium finish since winning gold in 2011 and bronze in 2013.

Ivovic injured his ankle in a friendly against Slovenia last week and will miss the entire championships.

Newcomers to the roster are libero Nikola Rosic and middle blocker Dragan Stankovic. The duo will attempt to propel the Serbians up the standings from their seventh place finish from the 2015 Euros. Serbia finished fifth at the World League Championships this summer.

The 33-year old Rosic and 31-year old Stankovic are the elder statesmen of the team. Both were members of the 2011 European Championships and 2016 World League Championships gold medal teams.

Missing from the World League roster as the lineup drops from 19 to 14 are: Aleksa Brdovic, Miran Kujundzic, Aleksandar Blagojevic, Stevan Simic, Petar Krsmanovic and Ivovic. Kujundzic was the youngest member of the squad at age 20, while Simic also was a member of the team’s future at just 21.