Serbian and French Coaches Both Discuss Teams’ Emotions After Game 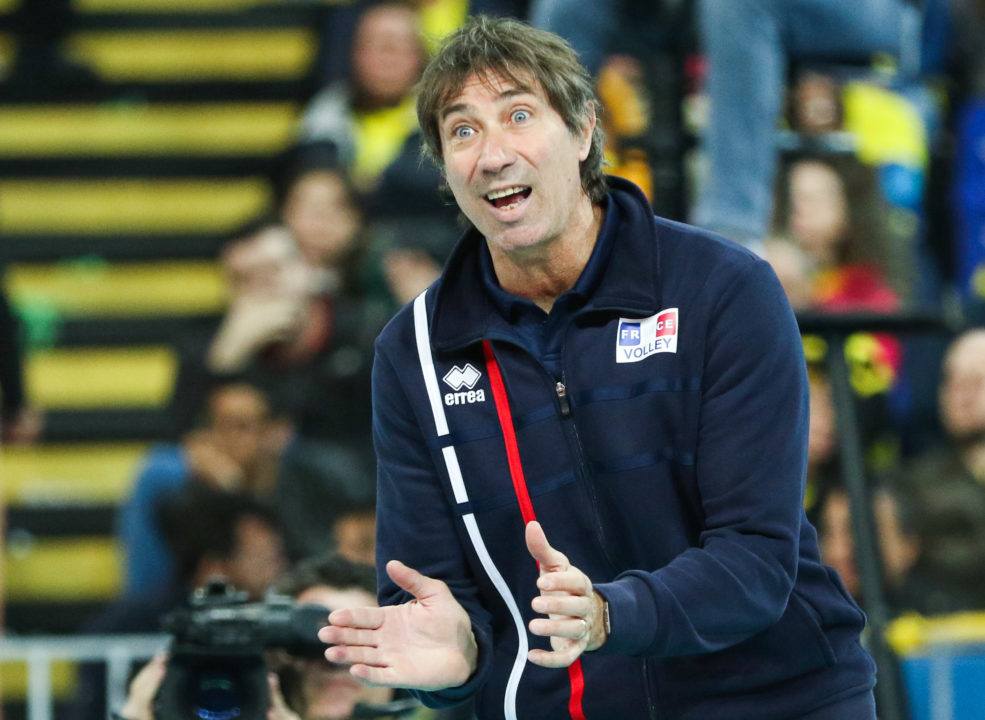 Both coaches, including France's Laurent Tillie (above), had to rally their teams emotions after Thursday's play-in game for the Final 6. Current

It was two different emotions from the coaches of Serbia and France after the conclusion of Thursday’s Final 6 game that saw France win 3-2 and advance to the semi-finals, while Serbia is packing their bags for home.

The Serbian coach says he saw a “lack of emotion” from his team against France.

“These are the guys (Serbian players) who will most likely play in Tokyo,” Serbia’s new coach Nikola Grbic said after the match. “So what you have to try to do is try to understand and learn from this experience and know that if we are not playing with the blood in our eyes, we are becoming (a) mediocre team.

“So, that’s something we have to work on. Obviously technique, and tactics, and so on and so on, but the emotion was something that we lacked this tournament.”

The French coach, Laurent Tillie, had a different perspective on his team’s final game against Serbia. He was pleased with the start, but after France got their 2 set wins, which sealed their spot in the semi-finals, he felt the group’s emotions fall. So he says he then went to his bench, expecting them to bring the win – a win France needed to clinch the pool and avoid Brazil in the semi-finals.

That didn’t work, so he brought his starters back for the 5th set (a tiebreaker, which carries its own emotional lift regardless of the outside influences of standings and brackets), and they rolled again to a 3-2 victory.

Watch the interviews with both coaches below: