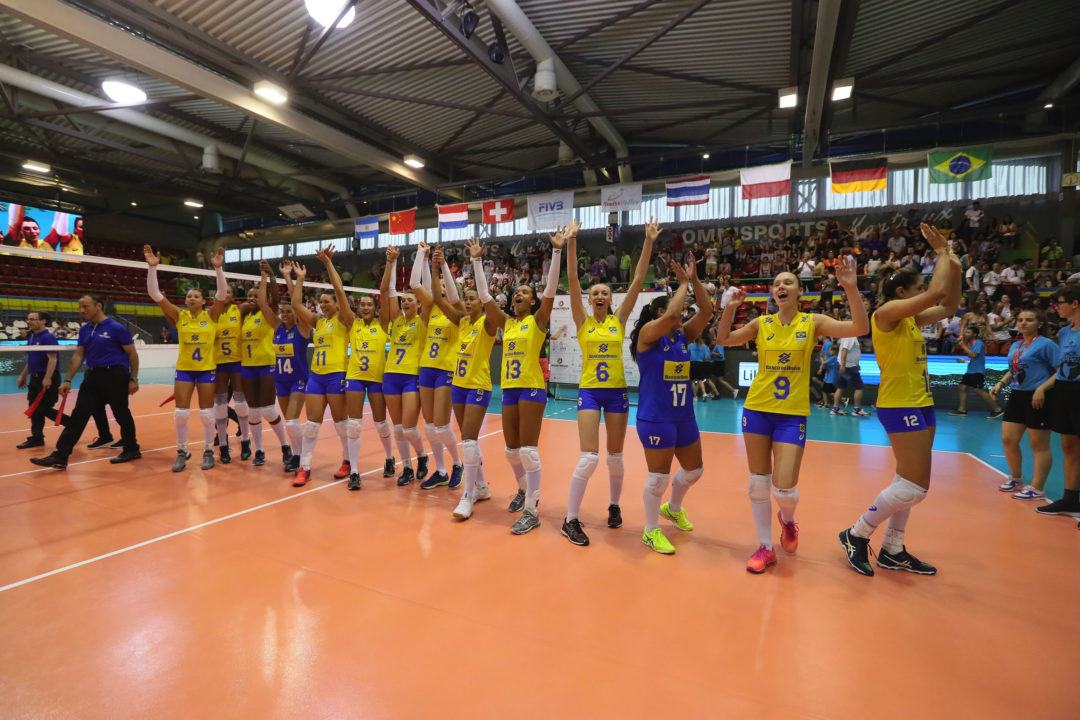 Brazil looks to keep the winning going in the World Grand Prix as they face Belgium to start the 2017 schedule. Archive Photo via FIVB

After winning the FIVB Volleyball World Grand Prix in 2016, Brazil starts its path toward a second straight championship with a match against Belgium.

Brazil’s championship last year was another notch in their belt, as they have won the Grand Prix 11 times – well more than any other country in the tournament’s 24 year history. They’ve even finished on the podium every year from 2008 and on after a fifth-place finish in 2007. Natalia Pereira, the MVP of the 2016 World Grand Prix, is back to guide Brazil to another strong showing.

Belgium will look to upend the Brazilian side and kick-start an opportunity for the team’s best finish. Currently, that mark sits at sixth when they did so in 2014. It was the first appearance for Belgium who are now in their fourth straight after ending up 10th in 2015 and 11th last year.

This will be the sixth meeting between Brazil and Belgium in World Grand Prix play as the Brazilians have won every match. In fact, Brazil has lost just two sets in their five prior meetings with Belgium.