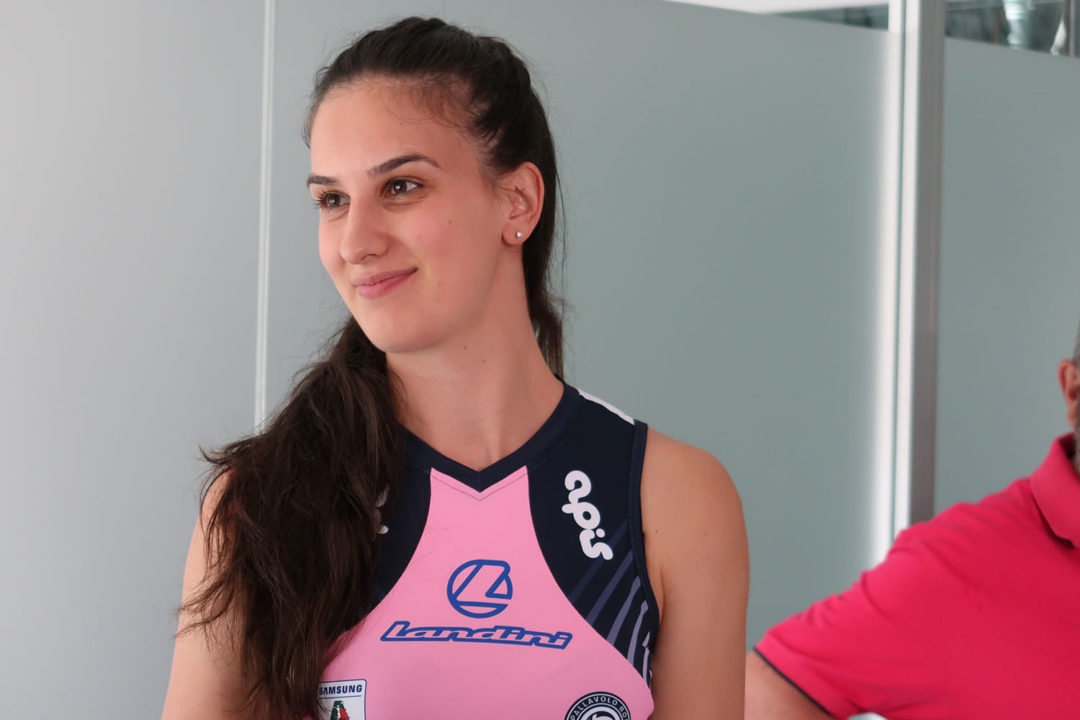 Radenkovic arrives in Italy after winning best setter award in the most recent Azeri season Current Photo via http://www.volleyballcasalmaggiore.it

Pomi Casalmaggiore has just announced in its official website the signing of Serbian setter Danica Radenkovic to a contract. Although only 23-years of age, Danica has enjoyed seasons in Serbia, Germany, Poland, Azerbaijan, as well as a stint with Piacenza, where she won a scudetto and an Italian Cup in the 2012/13 season. She is the winner of the best setter awards in the FIVB 2009 FIVB U18 WCH, 2010 CEV U18 EuroVolley, and 2017 Azeri Superleague. The latter probably made the most impact for her return to Italy with starter’s credentials.

Here is how the player reacted:

“I am very happy and happy to be part of the Pomì family. This is my first day here and everyone immediately welcomed me warmly, it will be a season where I will be very busy but I’m ready.”

Pomi’s president Massimo Botturi made it clear that the signing of a young and tall setter (Danica is 6’2″ tall) is all part of the team’s game plan for next season:

“We wanted to build a physical and powerful team, this also means making choices of a certain type of player for our starting 6. I think we managed to do that, even in the so-called second lines, where we tried to put together a mix of height, physicality, experience, and youth. We have made the choice of signing seven-year contracts or three-year contracts because we believe in certain athletes and their future prospects, players of international value. We even choose an athletic setter for that goal, with international experience, she is a tall girl who reflects what will be the volleyball of the future.”

Casalmaggiore is coming off a disappointing season that saw it finish in 9th place in Italy’s A1 league with a 6-16 record.