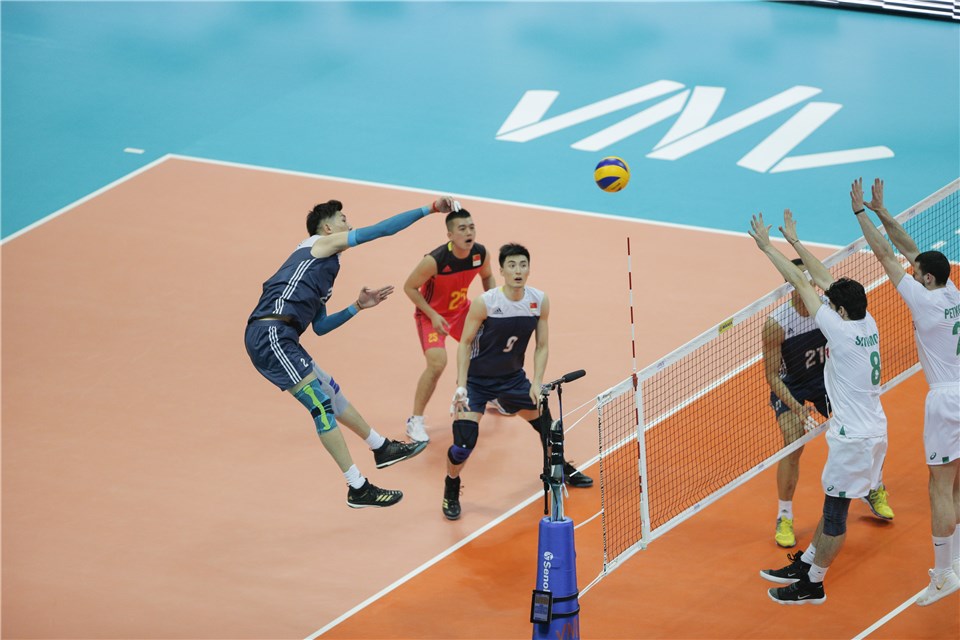 Chuang Jiang is the leading scorer in the Volleyball Nations League. He will try to lead China against Russia, Brazil and Iran in Ufa, Russia from June 8-10. Current Photo via FIVB

Now that 40% of the matches are completed there is quite a logjam at the top of the standings.  Only 1 match separates 1st from 8th place. Brazil looks vulnerable, but they showed they have the mental fortitude of the top ranked team in the world with their 3-2 win over the United States last week. Russia is looking to solidify their spot in the Final Round.  It is still possible for Iran and China to make their way into the top 6, but it will be difficult for them to come away with wins over Brazil and Russia. If either of them go 0-3 this week, they will have probably eliminated themselves.

Most fans will be looking at the Russia – Brazil match as the highlight of this pool. It is a rematch of a semifinal match from the 2016 Olympic Games. Neither team is bringing the same roster as the one they played with in the Olympic Games, but they both have shown enough talent to make it a tightly contested match. Each of those teams need a win against each other to keep them squarely in the realm of qualification. China and Iran both have some of the best scorers in the competition thus far. While they travel to Ural with the hopes of upsetting Brazil or Russia, they know that the match against each other on the 8th of June is a must-win to keep their hopes of qualification alive.