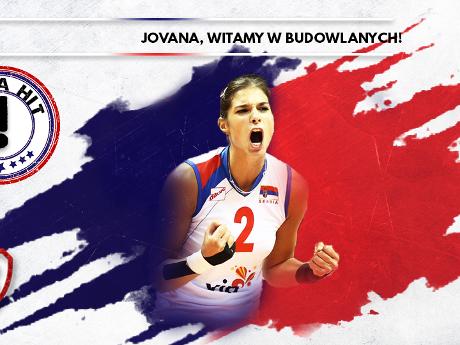 Brakocevic has earned many national and international honors, including the Champions League and Club World Championships MVP in 2013, the 2011 European Championships MVP, and Serbia's Best Sportswoman Award by the Serbian Olympic Committee in 2011 Current Photo via http://budowlanilodz.pl

Polish club Grot Budowlane Łódź has shocked the world of volleyball by announcing in its official website the signing of Serbian stand-out Jovana Brakocevic. The 30-year-old 6’5″ opposite, an Olympic silver medalist in 2016, is transferring out of Romania. During her very successful career, she has also had stints in Serbia, Italy, China, Japan, Turkey, and Azerbaijan.

“I am very excited and happy that I will be playing in Łódź. I’ve always wanted to play in the Polish league, which is very strong. I can not wait to start! I always want to win everything, that’s my goal, the team’s goal, which is why I think it will be a great season.”

Brakocevic has earned many national and international honors, including the Champions League and Club World Championships MVP in 2013, the 2011 European Championships MVP, and Serbia’s Best Sportswoman Award by the Serbian Olympic Committee in 2011. At her new club, she’ll find a Budowlani squad that went 17-9 in its last regular season, good enough for 4th place, before being  eliminated by eventual champions Chemik Police.