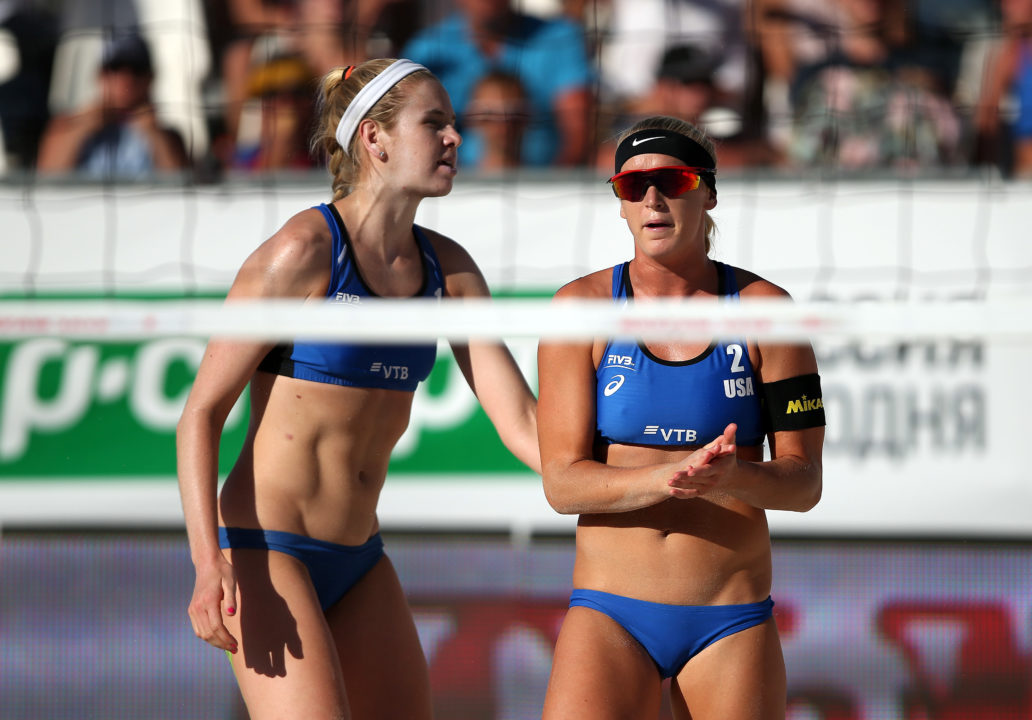 Ross/Hughes, the No. 9 seed in the tournament, are seeking their first FIVB Tour title and second FIVB medal, following bronze at the Espinho Four Star on July 7.

Third seeded Germans Chantal Laboureur/Julia Sude will take on No. 13 Swiss duo Nina Betschart/Tanja Huberli for the bronze on Sunday at 8:50 a.m. ET.

The Germans are looking for their fourth podium finish of the year, following silvers at the Gstaad Major (July 15) and Warsaw Four Star (July 1) and bronze on Huntington Beach (May 6).

The Swiss, which were the runners up at the CEV European Championships on July 21, are looking for their first FIVB podium finish since a third-place showing at the Hague Four Star on Jan. 7.