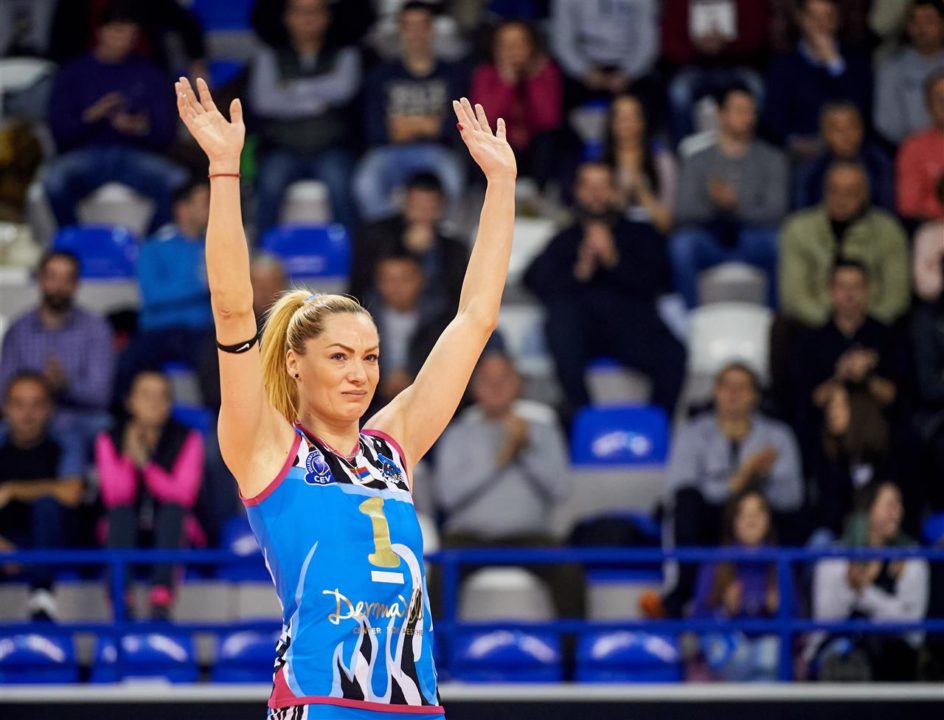 Raffaella Calloni’s season-ending ACL tear during one of the team’s practice was a real blindside hit for Nordmeccanica Modena. This late into the season, the team wasn’t presented with too many options as how to replace her. First, it tried snapping Agnieszka Kakolewska away from Poland’s Lodz, with no success. It then set its eyes on Sladjana Eric, of Serbia’s Partizan Vizura, this time succeeding in wooing the player to Italy, according to Gazzetta di Modena.

The 35-year-old Bosnian national is very experienced, having already played in Modena in the 2010-11 season. She also has had successful stints in Switzerland’s Volero Zurich and Turkey’s Galatasaray. Eric broke the news to fans right after Vizura’s Champions League win against Bulgaria’s Maritza Plovdiv, where she led her team to the win with 12 points, including 4 blocks.

This transfer is a prime example of how some leagues around the world are not anywhere as financially stable as Italy’s A1. This causes many players to sign in lower tier leagues with contractual clauses that frees them up to sign with an Italian team on the spot if there is any interest from elite clubs. The sad part of the equation is that, not being able to compete financially with the better teams, squads like Vizura end up having to let its top players walk away for free right in the middle of CEV Champions League play.

Modena currently sits in 6th place of A1’s standings with an 11-8 record.