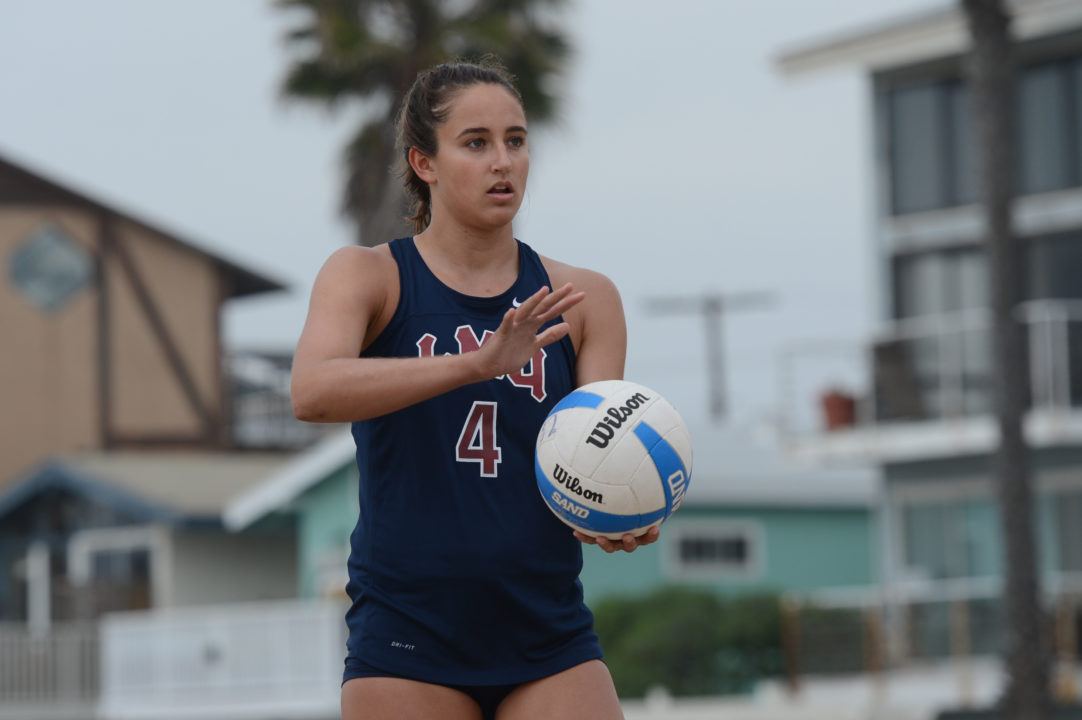 The West Coast Conference announced its beach volleyball postseason awards last week and although Pepperdine won the team title, the list of honorees included several other schools as well.

The WCC Player of the Year was SMU junior Sarah Sponcil, who went 20-9 this year at the No. 1 spot for the Lions. Sponcil, a 2015 AVCA All-American, was a member of the Team USA squad that competed at the Four Nations U21 tournament last spring.

Sponcil’s partner, newcomer Savannah Slattery was named as the conference’s Freshman of the Year.

The Defensive Player of the Year nod went to Saint Mary’s College sophomore Lindsey Knudsen, who went 24-5 in the No. 1 position for the Gaels.  Knudsen and teammate Payton Rund ended USC’s top pair of Kelly Claes and Sarah Hughes’ 103-match winning streak during the season. Knudson was the 2016 Freshman of the Year.

Nina Matthies of Pepperdine was tabbed as the league’s Coach of the Year for the second straight year after leading the Waves to a 24-3 mark. The third ranked Waves were named to the NCAA Championships field on Sunday.

In addition to the player and coach of the year awards, the WCC also announced its first and second team all-conference selections as well as a seven-member all-freshman team.