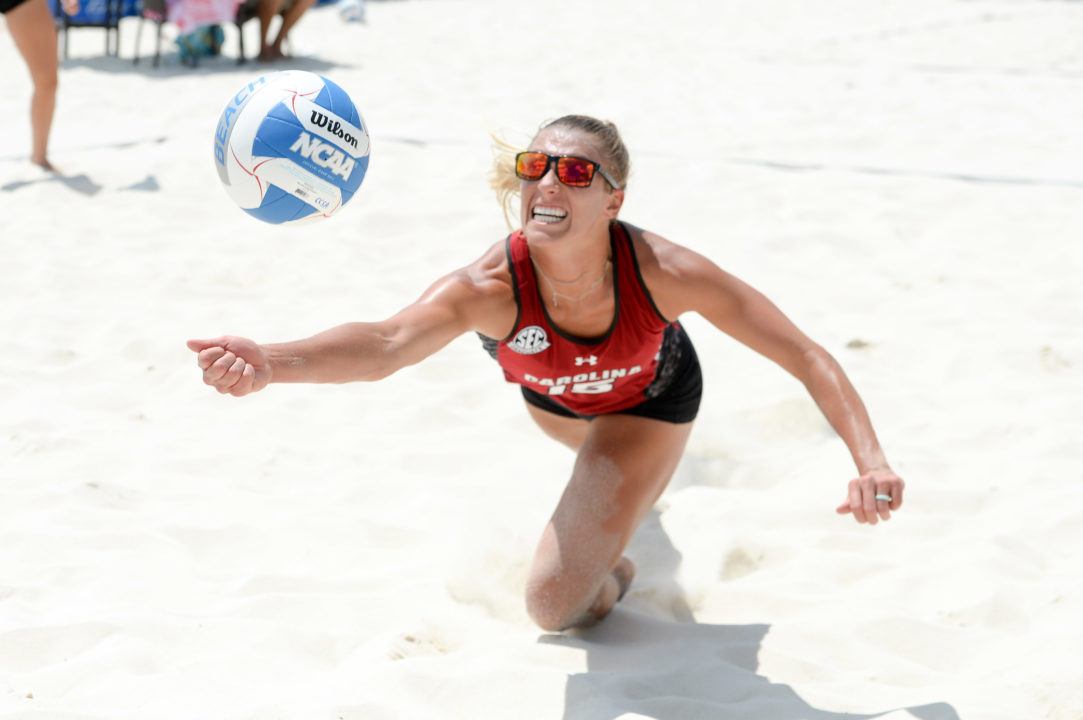 Upon looking more closely at the eight teams that made it to this years tournament, it was noticed that each of the programs have a dedicated coaching staff and (besides LSU and Pepperdine) facilities on campus to practice at.  Current Photo via Todd Drexler, CCSA Photos

The field for the second NCAA Beach Volleyball Championships have been set, with all eight teams to make the tournament having a dedicated coaching staff and (besides LSU and Pepperdine) facilities on campus to practice at.

All 8 schools going to 'Bama have a dedicated coaching staff, on campus sand facilities (except Pepperdine) and athlestes on scholarship.

Beach volleyball is a new sport being added to more and more collegiate programs every year. It is now in it’s second season as a recognized sport by the NCAA. Programs are taking on beach volleyball as a program because it can fill up a quota sport for the school without having to spend extra money. With that in mind, it means that schools with a smaller budget allotted for beach volleyball are not able to hand out scholarships to their players, specifically for beach play. Many of these school (even budgeted schools) take their indoor players and transition them to beach in the off-season.

The programs in the NCAA Beach Championship they have a designated coaching staff for just beach volleyball, while some other smaller school have their indoor coach as their beach coach. The eight teams in the championships are all top-tier Division I programs that are able to fund two separate coaching staffs.