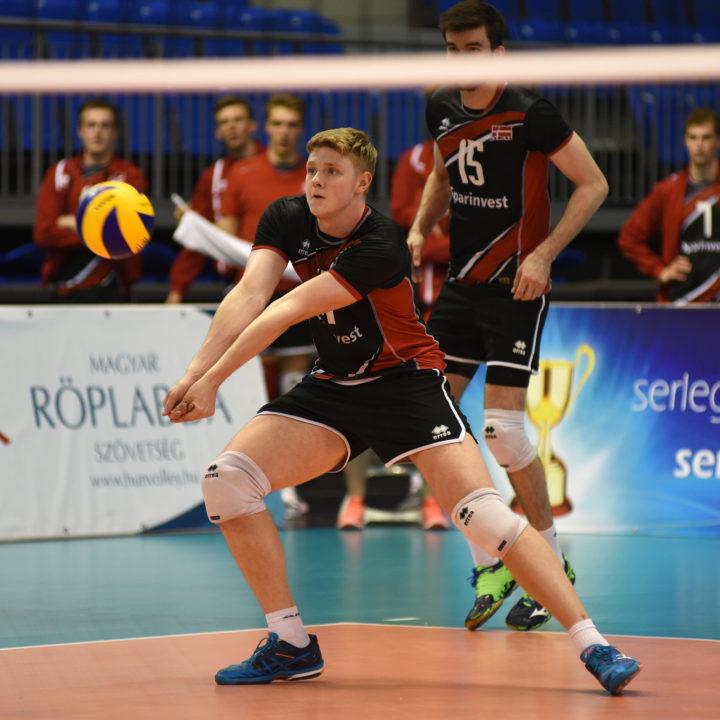 Argos Volley Sora is bringing on a transfer in the form of Rasmus Nielsen Breuning, a current member of the Danish National Team. With Breuning playing a role, Denmark was able to make the Final Four in the 2017 CEV European League.

A 198 cm (6’5″) attacker/receiver, Rasmus Nielsen Breuning is just 23 years old. He’s been a part of Denmark’s National Team at either the senior or youth level since 2011 and got his club career started in 2014-2015 with VK Middelfart. After one season, he left for VBC Waremme in Belgium where he spent the 2015-2016 season. That led up to last season when he played with Revivre Milano, a team who finished last in the Italian Serie A1 league with a 5-21 record (18 points).

Breuning’s new team, Argos Volley Sora, finished one spot ahead of Milano in the regular season table at 13th with a 6-20 record (20 points). Unlike Milano though, Sora won their match in the play-out round before falling in the quarterfinals of the 5th-12th place finishers, essentially meaning they ended the season in 12th place.

While Breuning mostly acted as a backup with Revivre Milano, he will look to compete for a bigger role at Sora. At just 23 years old though, he still has plenty of potential and now has a year of familiarity in Italy’s top league.