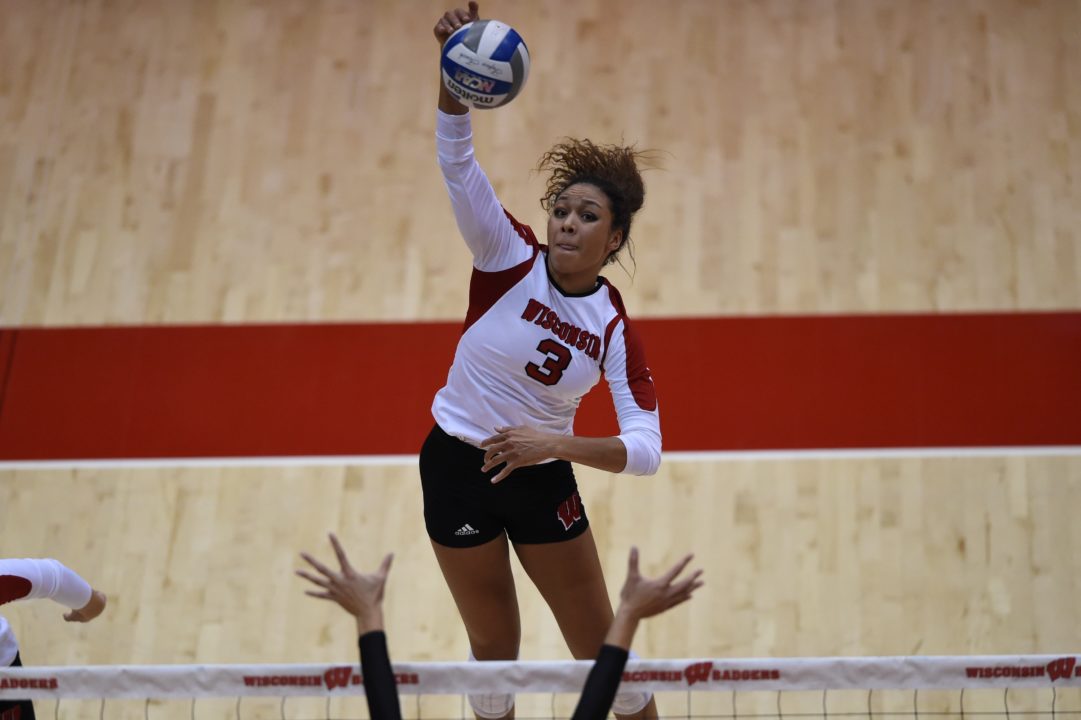 After exhausting her eligibility indoors, former Wisconsin Badger Lauryn Gillis is extending her collegiate career by transferring and moving on to the sand for one final season with the South Carolina Beach team. Gillis will be immediately eligible for her lone season in the spring of 2019.

A 6’1″ native of New Castle, Indiana, Gillis originally attended USC after she was the 2013 Gatorade Indiana Player of the Year and an Under Armour First-Team All-American at New Castle High School. She would spend just one season with the Trojans before moving on to Madison where she spent her last three years.

Gillis was a key cog right away with Wisconsin and started all 33 matches in 2015 while leading the team in kills per set (3.16). She would continue to post strong numbers throughout her career in helping the Badgers make the NCAA Tournament all three seasons with Sweet 16 appearances or better each time. In totality of three seasons with Wisconsin, she logged 904 kills (2.91 per set) on a .225 hitting percentage, 498 digs (1.60 per set) and 112 blocks (0.36 per set).

“We’re excited for Lauryn to join our family and see her take off as a beach volleyball player,” South Carolina beach volleyball head coach Moritz Moritz said in the team’s release of the addition. “Her personality and drive is so dynamic, there’s no doubt she will be a difference-maker for us on and off the sand.”

The recipe of adding experienced and talented former indoor players worked pretty well for South Carolina this past season. Coming into the year, the 2018 team’s roster was bolstered by three transfers from indoor programs in Leah Perri (from Clemson), Lydia Dimke (from Creighton) and Katie Bates (from Duke). All three were with the program for just one season in pushing the team to the NCAA Tournament.

“Having Lauryn’s experience and success in high-stakes postseason matches will be key for us as we look to make another run to the tournament next year,” Moritz added in the release. “We’ve had tremendous success tailoring indoor volleyball skills to the beach game, but you can’t teach the mental toughness she has gained over her years with Wisconsin.”

South Carolina finished 2018 not just making the NCAA Tournament, but doing so as the six seed. They won a program-best 24 matches compared to just nine losses.

She’s officially a #Gamecock, and we’re officially PUMPED! Please give a warm welcome to Lauryn Gillis, who starred for @BadgerVB and now is hitting the sand here in Carolina!