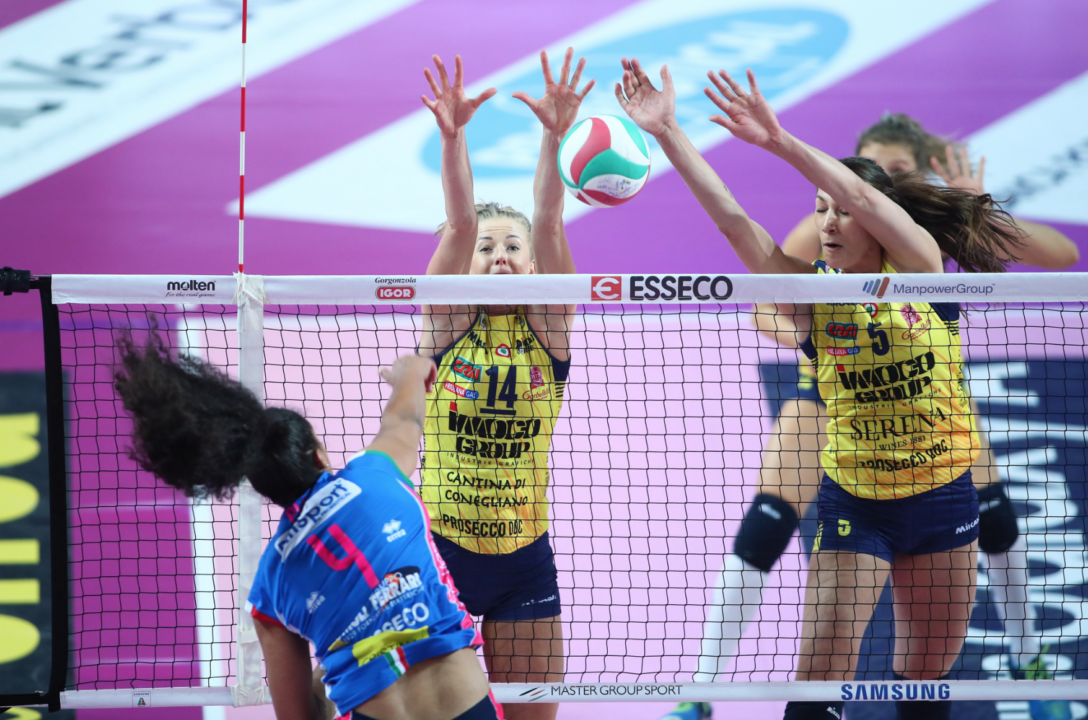 Robin De Kruijf and Joanna Wolosz team up for a double block.  Current Photo via Lega Pallavolo Serie A Femminile

This week the standings for the Serie A tightened up at the top. In third place, Savino Del Bene Scandicci, secured a decisive 3-0 win against SAB Volley Legnano giving them 3 points. With a 3-1 loss against Pomì Casalmaggiore, Igor Gorgonzola Novara is only one point ahead of Savino Del Bene Scandicci. Imoco Volley Conegliano continues to hold the top spot with a 6 point cushion between them and Igor Gorgonzola Novara. With time running out, teams and players are putting forth their best performances. Robin De Kruijf tallied 12 blocks this week to tie the record and Saugella Team Monza notched 12 aces in their match.