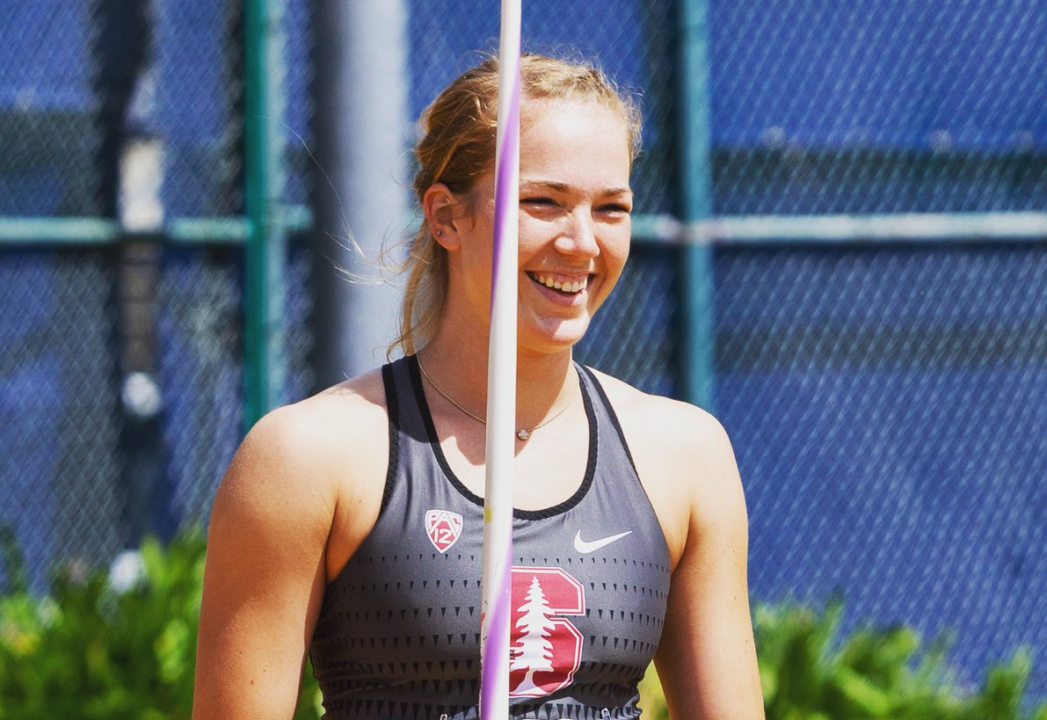 Stanford setter Jenna Gray added a little silver to her trophy case on Thursday, earning a national runner-up finish in the javelin at the NCAA Championship in Eugene, Oregon.  Current Photo via Stanford Athletics

Stanford setter Jenna Gray added a little silver to her trophy case on Thursday, earning a national runner-up finish in the javelin at the NCAA Championship in Eugene, Oregon.

Gray finished second with a throw of 187-11, behind teammate Mackenzie Little’s school record mark of 198-0. The pair also finished 1-2 at the Pac-12 Championships a few weeks ago.

The runner-up finish came on a season-best toss during flight one of the competition, besting a 178-11 heave at the 2018 Big Meet on April 7. Gray qualified for the NCAA Championships with a top 12 finish at the NCAA West Preliminaries in Sacramento, California on May 24. Gray was ninth with a throw of 178-6.

The All-America nod on the track gives Gray her fourth such award, two on the volleyball court and two in the javelin. The Shawnee, Kansas, native earned second team All-America honors in 2017 with a 16th-place finish in the javelin at the NCAA meet.

She is a two-time All-American on the hardwood, earning first team honors in both 2016 and 2017, while guiding the Cardinal to the NCAA title as a rookie and the Final Four as a sophomore.

In addition to track and indoor volleyball, Gray also participated in beach volleyball as a rookie, playing as part of the Cardinals’ No. 1 pair.

Gray is one of 37 indoor players that took on a second sport in 2018 and one of two to earn All-America nods in that second discipline, alongside Tulane beach’s Kaylie McHugh. 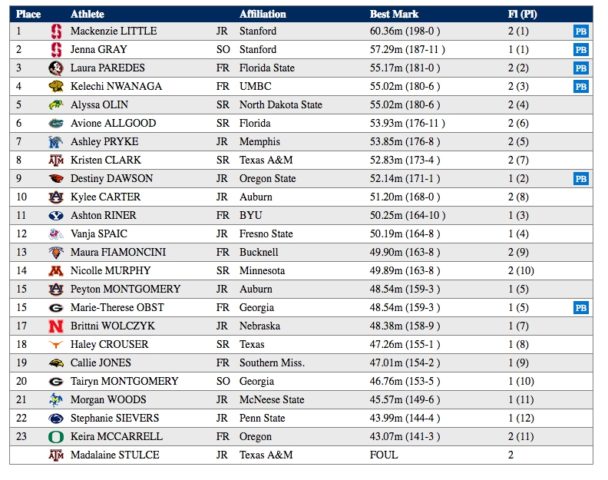