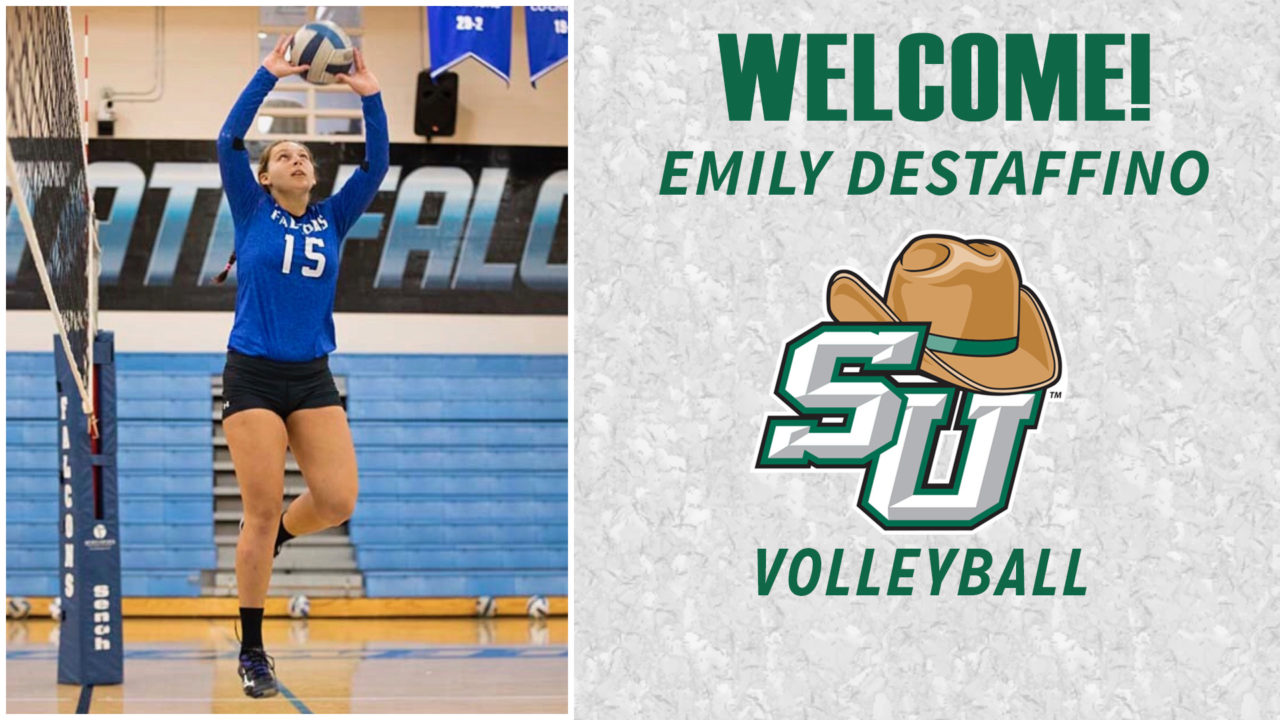 Stetson is bolstering its roster with an all-conference setter from the junior college ranks in Emily DeStaffino out of Dayton State. Archive Photo via Stetson Athletics

Stetson is tacking on a junior college transfer to their 2018 roster in the form of Emily DeStaffino, a 5’10” setter coming in from Daytona State. A junior-to-be in the fall, DeStaffino will have two years left of play and be immediately eligible.

Those numbers led to DeStaffino earning 1st Team All Mid-Florida Conference both as a freshman and a sophomore, including FCSAA All-State for her 2017 campaign.

Prior to her stint in the NJCAA ranks, DeStaffino attended Oviedo High School in Florida. At the school she helped lead the Lions to a FHSAA 8A State Championship in 2013 and holds the school record for most assists in one match with 72.

“Emily is definitely the setter I am looking for,” Stetson head coach Yang Deng said in the team’s release of the signing.  “She is very experienced and understands the game well.  I really like her demeanor on the court, and her coaches speak very highly of her as a leader.  She is someone who is going to be very important to our program next year.”

Stetson is coming off of a 3-23 season in 2017 in which they finished 2-12 as a member of the Atlantic Sun Conference. DeStaffino will look to help lead a turnaround as now one of three setters on the team’s 2018 roster and the oldest in classification of the group.