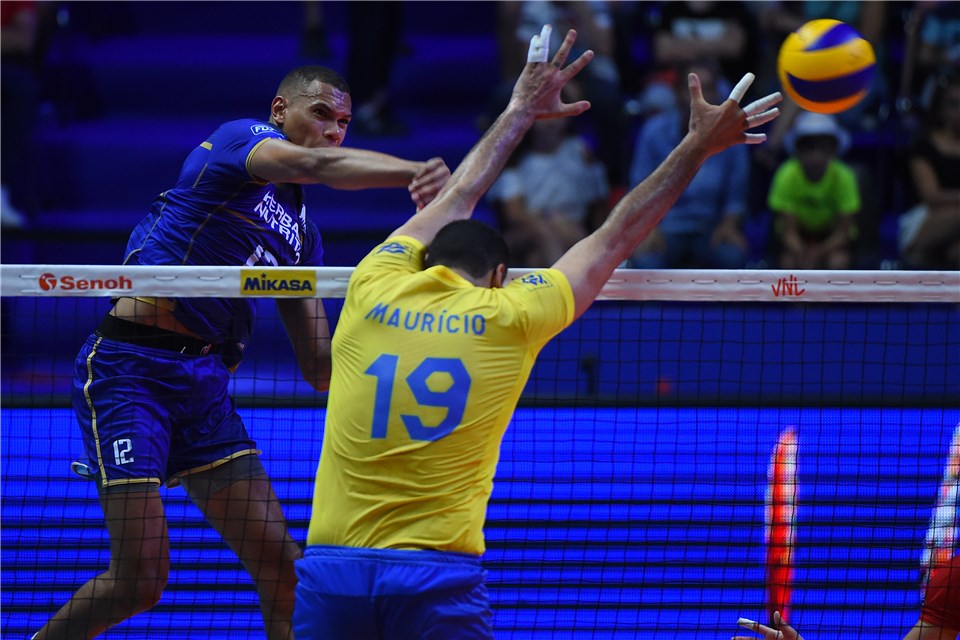 Brazil's Mauricio Borges is the latest injury casualty in Volleyball Nations League action, suffering an ACL tear in the team's five-set loss to France on Wednesday.  Current Photo via FIVB

Brazil’s Mauricio Borges is the latest injury casualty in Volleyball Nations League action. The outside hitter reportedly injured his right knee and has already began physical therapy and will be reassessed once returning to Brazil from the VNL Final Six in France.

Borges was injured on Wednesday in Set 3 of the team’s five set loss to France. The initial diagnosis was a sprain, however, Borges underwent an MRI which showed the ACL tear.

Captain Bruno Mossa Rezende said: “We hope that Mauricio will recover soon because he is a guy who helps us a lot.”

This is the fourth injury suffered by the Brazilian men tied to  VNL play. Even before the competition started, Brazil announced that Mauricio Souza‘s abdominal injury would keep him out of the preliminary phase of the competition. Then, 34-year old outside hitter Luiz Fonteles, a member of Brazil’s 2016 Olympic gold medal squad, suffered an elbow injury. Rezende appeared to have suffered an injury in the team’s loss to France on June 16, but was back in the lineup briefly the next match.

Borges scored 142 points for Brazil in the preliminary matches, tallying 122 kills, 11 blocks and nine aces. In Wednesday’s match vs. France, Borges managed six points on five kills and an ace before exiting with the injury.

Brazil went 10-5 in the preliminary phase of VNL play, earning the fifth place spot in the standings and a berth to the Final Six.

Despite the loss of Borges, Brazil rebounded from the 3-2 loss to France, with a sweep of Serbia on Thursday and is guaranteed a spot in Saturday’s semifinals.