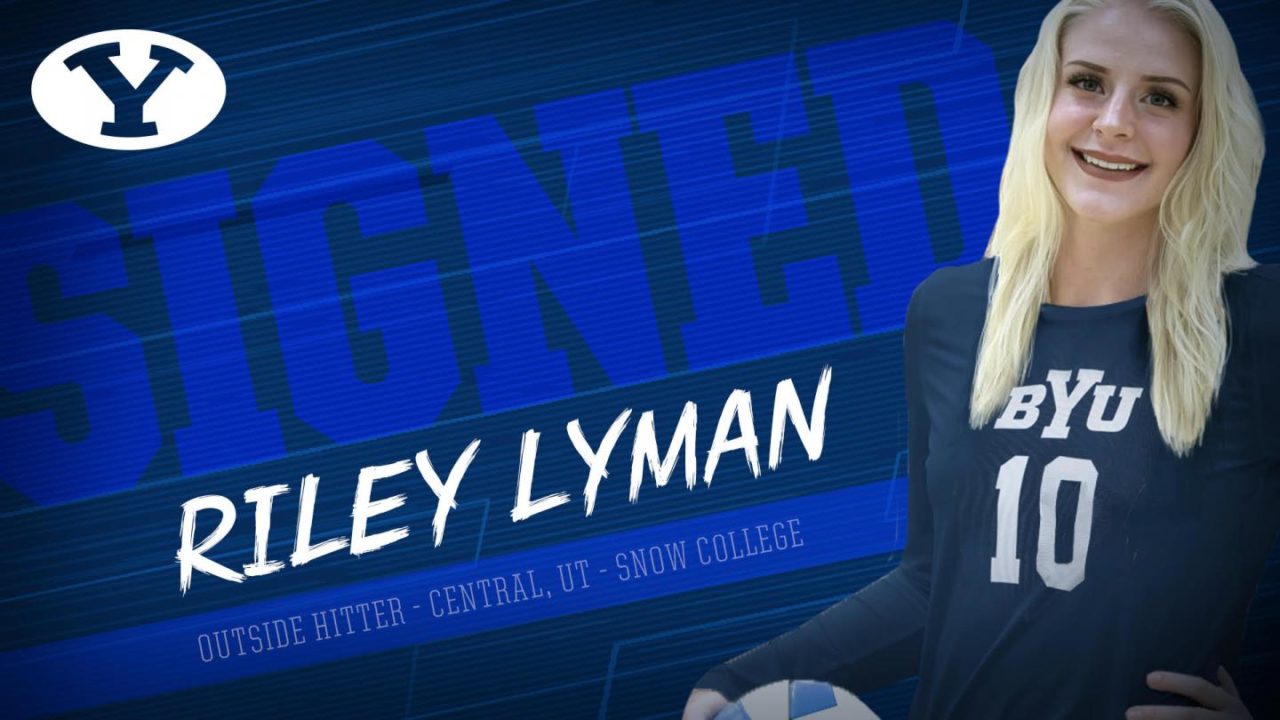 An already loaded roster in place isn’t stopping BYU from making roster additions, as they’ve added a high-level transfer from the junior college ranks in Riley Lyman out of Snow College. A 6’0″ outside hitter, Lyman will be a junior for the fall with two years left of play and will be immediately eligible.

In her sophomore season and lone year at Snow College, Lyman helped push the Badgers to a 26-5 record. Individually, she notched 287 kills (3.05 per set) on a .221 hitting percentage, 357 digs (3.80 per set), 56 blocks (0.60 per set) and 14 aces (0.15 per set). Those numbers led to her being named an AVCA Two-Year College First-Team All-American in addition to being NJCAA First-Team All-American and the Region XVIII Player of the Year.

A native of Central, Utah, Lyman won the Utah Governor’s State of Sport Award as the 2015 High School Female Athlete of the Year. She became the UHSAA record holder in career blocks and blocks for a season en route to earning a plethora of other awards. From there, she earned a position with Idaho State, where she played as a freshman and logged 47 digs, 16 kills and five blocks.

“Riley is a skilled outside hitter who will bring experience to our team,” BYU head coach Heather Olmstead said in the team’s release of the addition. “She is a six-rotation outside who knows how to score and loves to play defense. She had a great career at Snow which will serve her well as she joins our team this summer. We love Riley’s raw emotion and love for the game.”

In the Way-Too-Early 2018 VolleyMob Top 25 Power Rankings, BYU came in at #5 as they return five starters and the libero from a team that went 30-3 and shared the WCC crown at 17-1. They also made the Regional Semifinals as the #13 seed in the NCAA Tournament before falling in five sets to Kentucky.