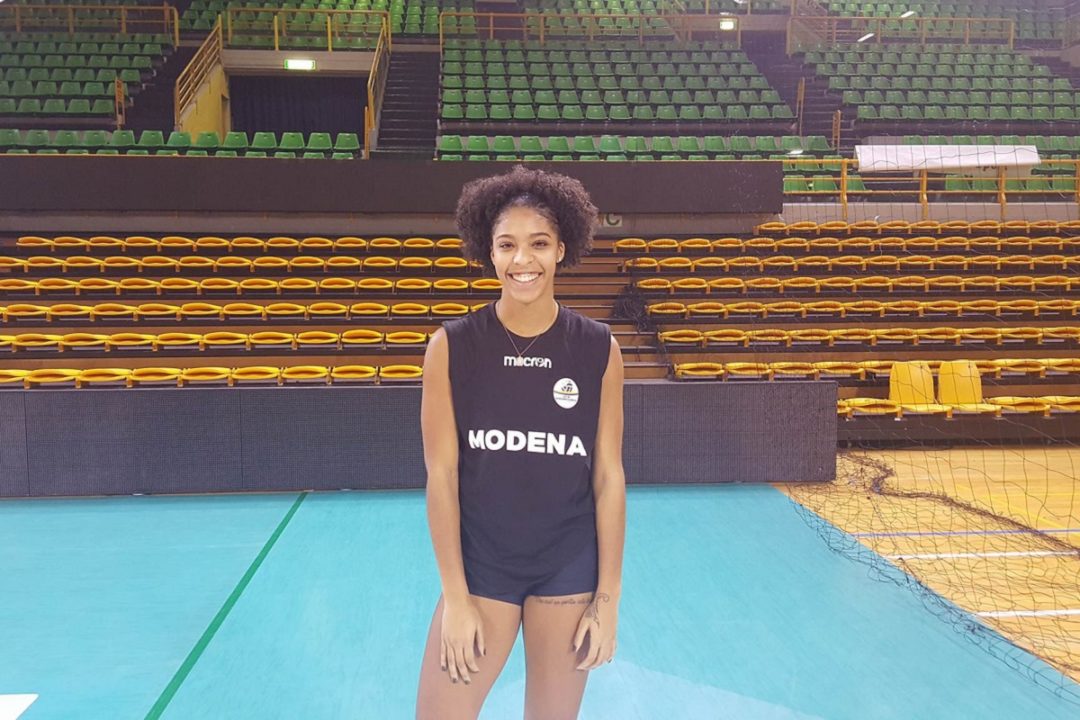 Symone is ready to start her professional career Current Photo via Liujonordmeccanicavolley.it

Symone Abbott has finally arrived in Modena, almost a month after the closing contract negotiations with the team. According to the team’s official website, due to Italian league’s rules, Symone will only be able to debut for her new team on February 1. She will instead enjoy the next few days to get herself used to her first professional experience aboard, which according to an interview given by her to the team, will be no hard work:

“I have already been in Italy twice in my life, not here in Modena or around here, but in Venice. I must say that I like this country very much, even the food is very good or at least what I have tasted so far . I expect to find support from our fans, from the public of PalaPanini. This morning I walked around the city to go shopping and I met some people who asked me for an autograph. It was a fun moment and I hope this support will accompany us during the rest of the season.”

If Symone indeed pans out in such a competitive league as Italy’s A1, it could only spell good news for Team USA in the future, as it will have at its disposal a player forged in the toughest courts of the world. The jump from NCAA volleyball to Italy’s A1 League, arguably the best league in the world, is indeed enormous, and it is rare that American players make that jump straight from college. Symone, however, does not feel intimidated:

“In this period I have seen some Italian championship matches, those that were broadcast on Espn in America. Among the teams I have seen I think that Conegliano was the best and as far as the game is concerned I do not think there are big differences between the NCAA tournament and Europe. It’s true, in America we have a different culture, but in the field there are no big differences: they change the names of the sets, the ball, the substitutions and maybe the way the warm-up takes place, but for the rest I think it’s all the same.”

Modena is currently in 7th place of A1’s standings with a 9-7 record.

Here is Symone, on her first picture in the temple of volleyball! ?? She begins his adventure in black and white.