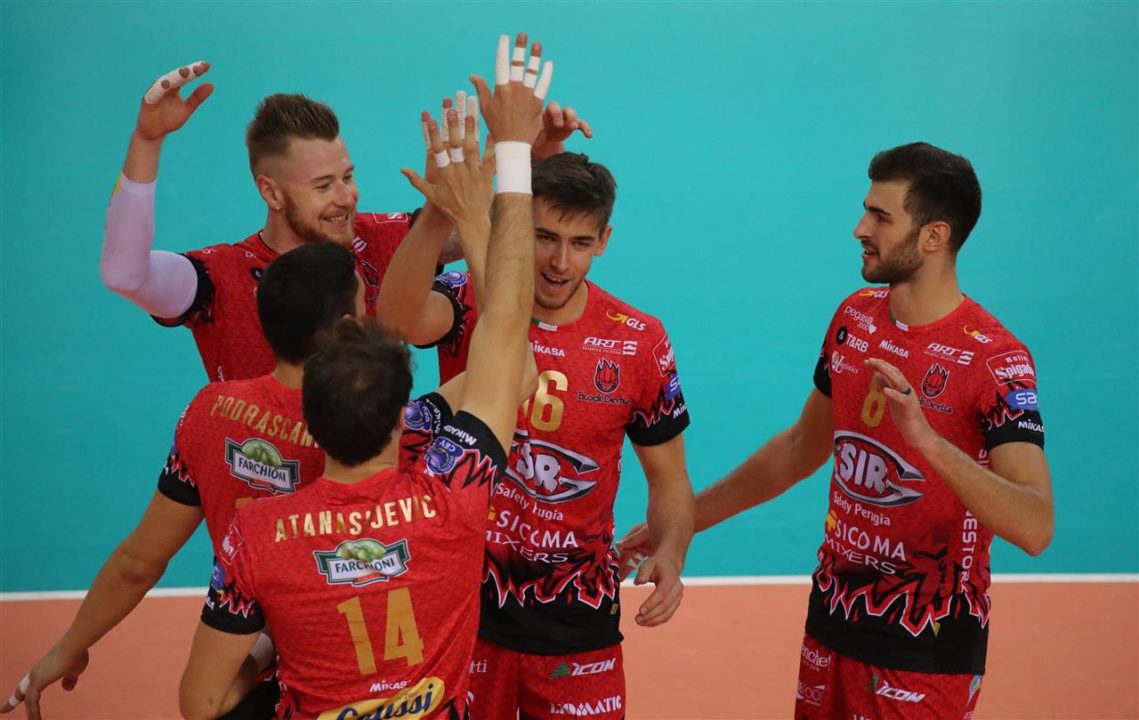 The Italian Men's League is undoubtedly one of the strongest men's leagues in the world, but could it quite possibly be the best? Current Photo via CEV

The Italian Men’s League is undoubtedly one of the strongest men’s leagues in the world, but could it quite possibly be the best? 74 players in the league have at some point this 2017 season been an active member of their nations national team, making Italy a tough place to play volleyball.

Out of all teams in the league, Sir Safety Conad Perugia has the most with 11 players having national team ties in 2017.

The sheer numbers and the talent that come from the national team members from around the world have shown in the top teams in the league. Cucine Lube Civitanova has a solid all-around team that has landed them in the first-place position in the league, ahead of Sir Safety Conad Perugia.

Next up is Azimut Modena, who reeled in some of the best players from around the world including France’s Earvin Ngapeth, Brazil’s Bruno Rezende, Slovenia’s Tine Urnaut and USA’s Max Holt. Despite such a stacked lineup, Modena has found themselves at two losses for the season and in third place in the league. With that much talent, it can be hard to balance it out evenly around the court to compete with other high-level competitors in the league.

Diatec Trentino is another team with a well-balanced offense that has found themselves struggling this year. The squad has a strong Italian hitter in Filippo Lanza along with Canada’s Nicholas Hoag who has produced big numbers for the club this season.

Italy has the most amount of national teamers on Italian league teams, while Team USA comes in second with 11. France, Slovenia and Serbia each contribute five national team members to the league while the rest of the countries have three or less in the league.