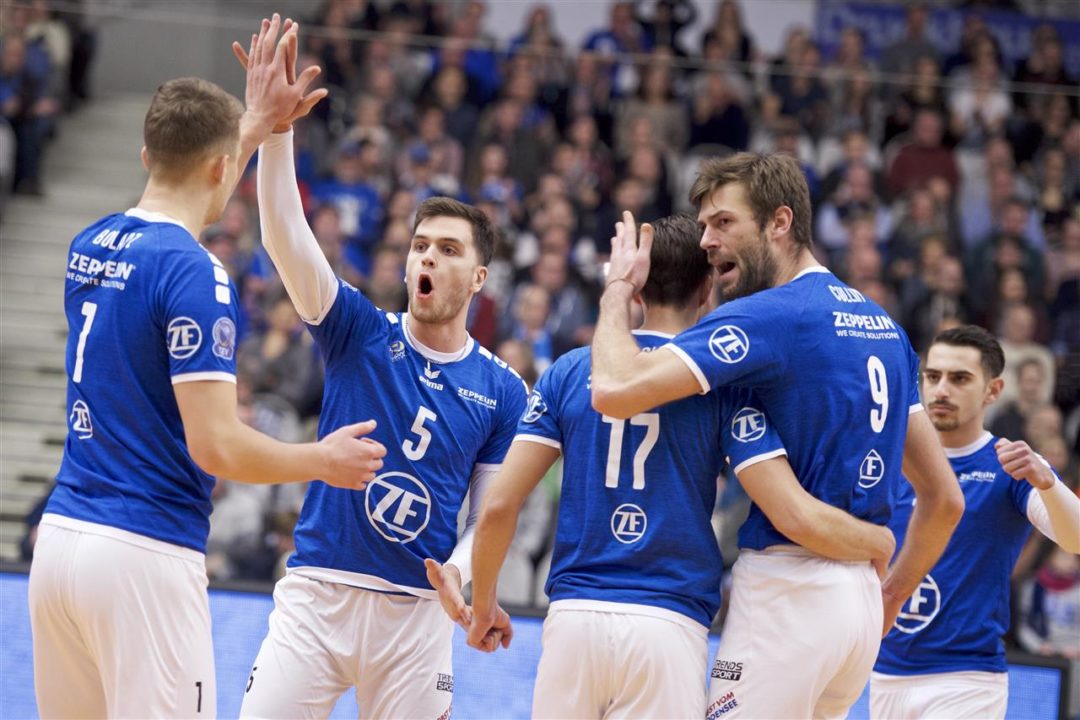 VfB Friedrichshafen is impressively leading the way in 2018 CEV Champions League’s Pool B after five rounds of play. The team is unbeaten and has only lost 3 sets in the whole competition. Its latest win against Finland’s Ford Store Levoranta Sastamala drew an unusually praise from its head coach Vital Heynen, a known perfectionist in the volleyball world:

“There is no perfect game for a Volleyball coach, but the team was very close to perfection today. Sastamala spiked and spiked and we defended nearly every ball. I am very proud of the guys.”

Indeed, the team was, making quick work of its opponent beating it by scores of 25/15, 25/13, 25/12 in only 75 minuts of play. At the end, Friedrichshafen hit 61% as a team while holding Sastamala to 28%. Even the most demanding of volleyball coaches, a sport that is known for its crazy leaders (Nikolay Karpol and Bernadinho come to mind) would be extremely happy with a performance like that.

VfB Friedrichshafen now has won 26 matches in a row in the German Bundesliga, German Cup, German Supercup and Champions League.

After a long soap opera period, Vital Heynen, who is the current coach of the Men’s National team for Belgium, was recently selected by the Polish volleyball federation to be the Polish National Team head coaching heading into the 2018 FIVB World Championship, where the squad will defend its title.