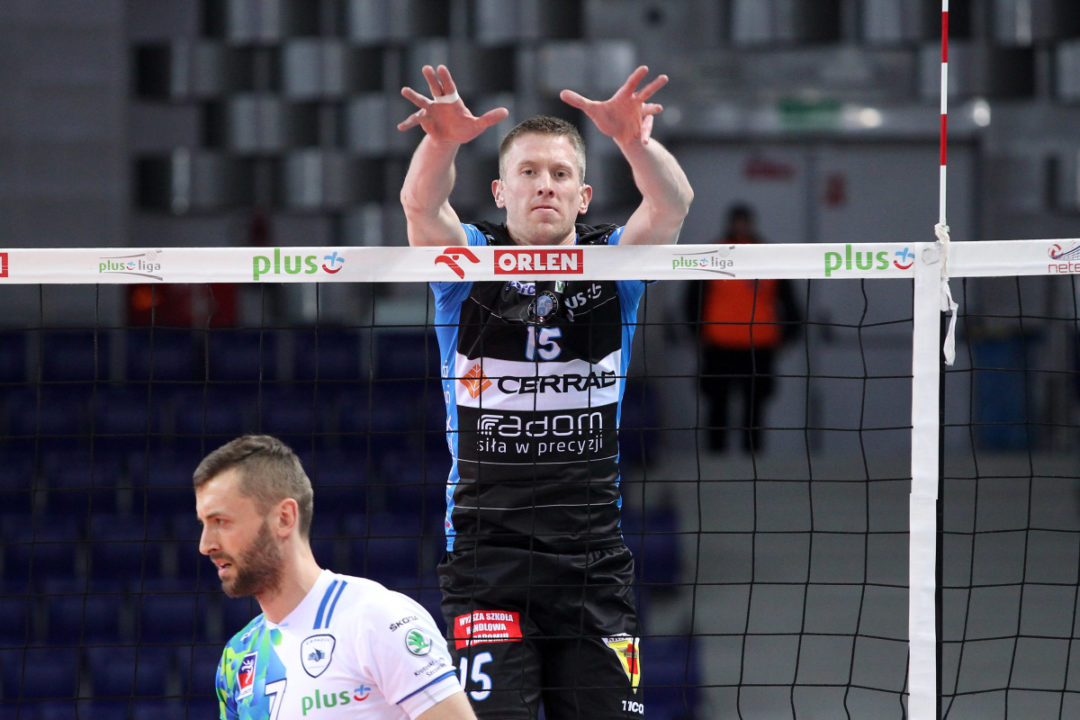 It is often said that players don't improve after they are 30 years old. That has not been the case for David Smith. Current Photo via Plusliga.pl

Team USA’s current captain David Smith had a brilliant year in 2017. After leading Team USA to respectable efforts in the FIVB Grand Prix and Grand Champions Cup, he was chosen by USAV as the USA Volleyball Indoor Male Player of the Year. At the domestic level, he is leading a very young, recently formed, Zawiercie squad in Poland’s PlusLiga.

It is often said that players don’t improve after they are 30 years old. That has not been the case for David Smith, who at 32 is constantly praised by the Polish media for his improved play and leadership. Perhaps, the role he chose to take with Zawiercie this season, a small market team, helped with this. Expected to have more responsibility among his peers, he shone to the occasion, as he led the squad to a respectable 9th place in PlusLiga, thus eliminating the need to participate in a play-in to keep itself in the elite league, something to be celebrated for a recently promoted team.

Here is what David had to say of his season (Siatka.org):

“Our minimum goal was to stay in PlusLiga. And we wanted to secure our spot sooner than later, so we are happy that we do not have to compete in the play-ins. We did something more than everyone expected. I know it was a high goal and I am happy that we have achieved it. It is something special. It seems to me that people do not fully understand that this is not something easy for a recently promoted team. The club did a great job, proving that it is a fighting team.

We had a lot of ups and downs throughout the season, but I think we did a good job as a team. We learned valuable lessons along the way that helped us gather precious points for a comfortable place in the standings. Also, our arena is homecrowd is fantastic. The after matches were always a lot of fun. In our last game, the fans made knight helmets for us, which is a really special souvenir. The atmosphere was great all year long.”

Team USA can only benefit from David’s new and improved play, as with the possible retirement of David Lee, more responsibility should come his way.