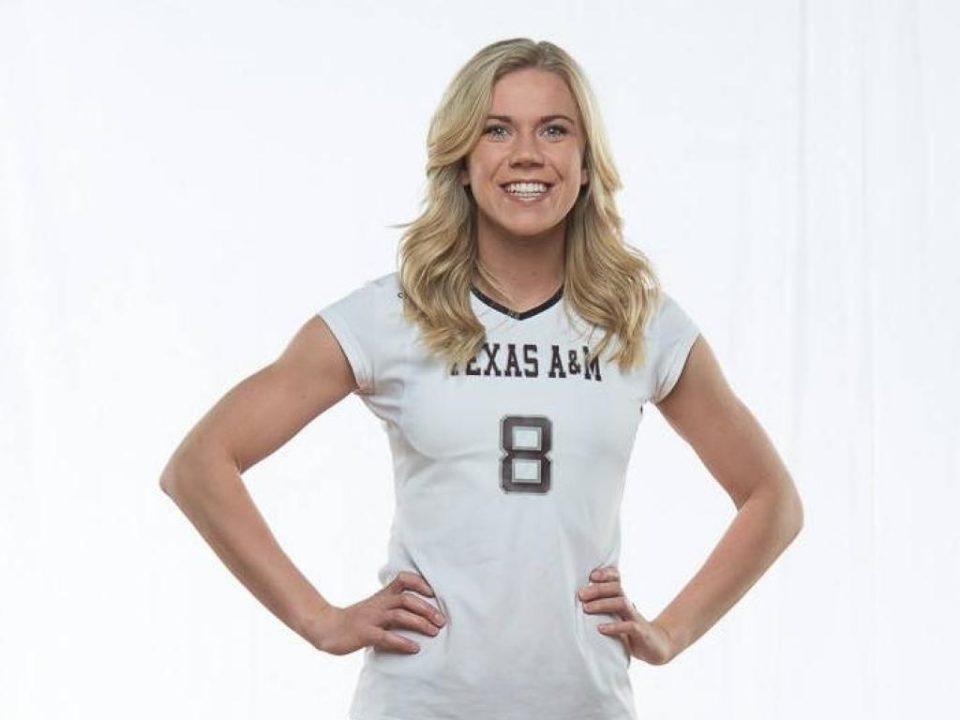 Two years removed from a near-career ending knee injury, Texas A&M outside hitter Angela Lowak  is not only back on... Archive Photo via Texas A&M Athletics

Two years removed from a near-career ending knee injury, Texas A&M outside hitter Angela Lowak  is not only back on the court, but taking her game overseas with a professional contract to play for VC Kanti in Switzerland.

Lowak, who dislocated her kneecap on Sept. 18, 2015, near the beginning of her senior season, rehabbed throughout that year and made a return appearance in the team’s NCAA first round match, despite putting off surgery until after the season.

Texas A&M’s second round loss to No. 7 Hawaii marked the end of the season and of Lowak’s career. All told as a collegian, the New Braunfels, Texas, native racked up 2.56 kills and 1.44 digs per set, while hitting .214 in 88 matches.

The following summer, Lowak made the shocking decision to try to get back into game shape and try to make a go of a professional career.

“At first it was tough because I got into the weight room and I couldn’t even squat the bar,” Lowak told KBTX.com. “Slowly but surely I started to see progress, and that was encouraging. I had a few setbacks but stayed on track and in January I started to get in the gym again. Naturally you go at it a little tentatively, but it was staying patient with the process and then seeing small breakthroughs that made my dream of playing professionally seem like a reality.”

Through a relationship with Bring It Promotions, an agency that specializes in placing players on professional teams, Lowak got her first nibble from a team in Turkey, but that fell through, opening the door for VC Kanti to step in.

Lowak accepted the offer after a call and Facetime session with the Swiss team’s coach.

“In the beginning I didn’t know if I could get into the playing state that I was in before the injury, and I think that I am there,” Lowak said. “I still have so much work to do, but I am ready to peak—an opportunity I didn’t get because of the injury. I don’t want to just meet that level that I was at before my knee injury. I want to be even better.”

Lowak will continue her volleyball journey on August 27, when she heads of to Switzerland to begin her pro career. She follows former Aggies Jennifer Banse (ATSC Sparkasse Wildcats Klagenfurt in Austria) and Tori Mellinger (SCU Emlichheim in Germany) to the European pro leagues.