Texas Gets Revenge Over The Huskers In Stunning Semifinal Sweep 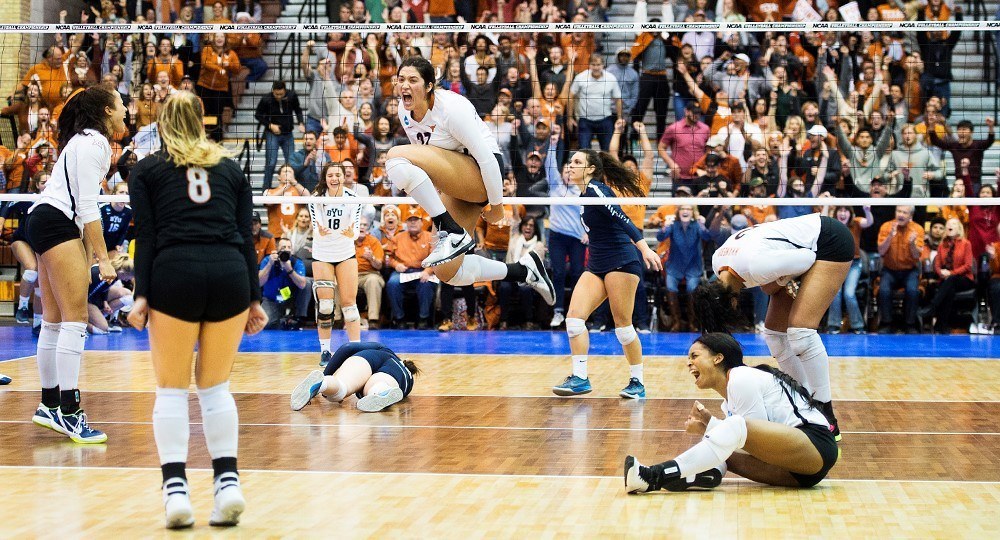 The Texas Longhorns stunned Nebraska in a quick three set sweep by scores of 25-18, 25-23, 25-21 to advance to their fifth National Championship match.

This match comes as revenge for the Longhorns as they fell to the Huskers just last year in the National Championship match.

After falling to Nebraska in last year's championship, No. 4 Longhorns sweep No. 1 Huskers in national semis. #NCAAVB pic.twitter.com/2wYLLB63Zu

Leading the Longhorns was Ebony Nwanebu who hammered down 15 kills on a .378 hitting percentage. Senior Paulina Prieto Cerame added 12 kills.

The attack from these two alone was enough to stump the Huskers, who couldn’t get a groove going the entire match.

Setter Chloe Collins recorded her 11th double-double of the season with 37 assists and 11 digs.

For the fourth time in the past eight years, Texas will play for the National Championship. #NCAAVB pic.twitter.com/ouRyv82fLx

A kill from Morgan Johnson ended the Huskers reign as national champion, as she hit it high off the blocks hands that no one was able to dig it. Johnson also played a huge role defensively in the match tallying seven blocks.

For the Huskers, Mikaela Foecke carried the team with 13 kills, while Kadie Rolfzen picked up 14 digs and Justine Wong-Orantes added 11.

You can watch the National Championship match between the Longhorns and Stanford on ESPN on Saturday, December 17 at 8 PM CT.